Limited Run Games & Screaming Villains Make History with the Announcement That Night Trap is Coming to the Nintendo Switch! 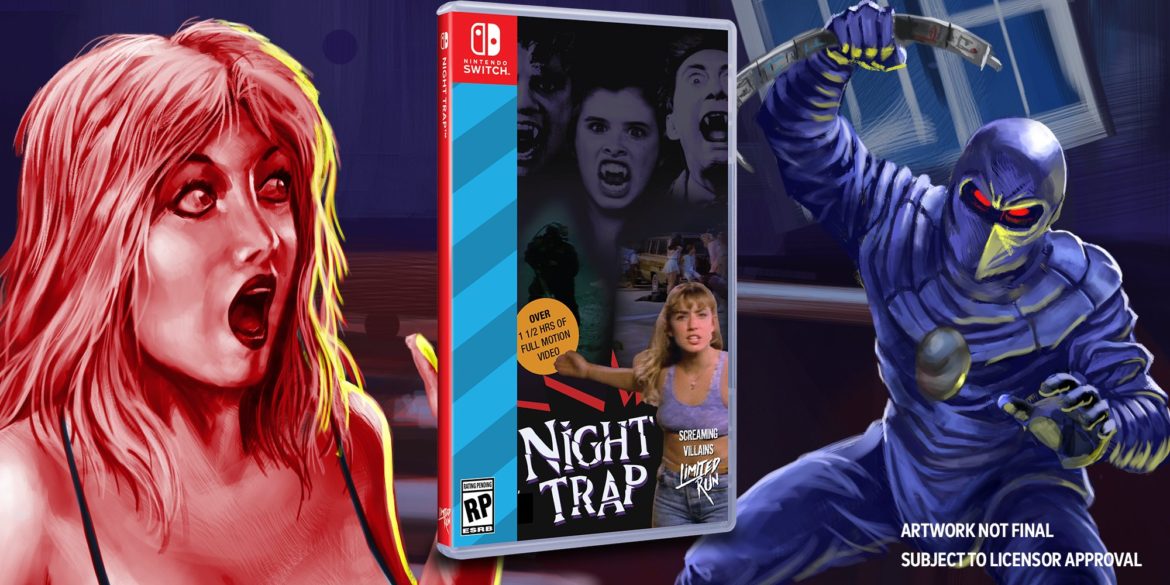 The 25th anniversary edition of the cult classic, Night Trap, is getting a physical & digital release on the Nintendo Switch thanks to developer, Screaming Villains, and publisher, Limited Run Games.

The interactive game which originally released on the Sega CD was a source of controversy when it was cited in a 1993 Senate committee hearing, as an example of video game violence, by Nintendo of America’s Senior VP (at the time), Howard Lincoln.

In his testimony, Lincoln stated that Night Trap would never appear on one of his company’s gaming systems.

The controversy was so enormous that retailers started pulling Night Trap off their shelves, eventually leading Sega to stop the game’s production.

25 years later, it appears that times really have changed as Nintendo has now agreed for Night Trap to be released on their newest system, the Nintendo Switch. Which, in and of itself makes this announcement even more monumental than it might seem on the surface. In fact, one might say Limited Run Games & Screaming Villains have just created one for the history books!

No date has been set as of yet for the game’s release, but it is expected out sometime this Summer.

The Nintendo Force magazine has a full “Night Trap” reveal and an exclusive interview with LRG co-owners, Doug and Josh, in their latest issue, #33. If you’d like to get your hands on a copy, you can do so through the magazine’s website.

You can see a trailer for the B horror movie-esque game, complete with all its 90’s cheese, on the Screaming Villains YouTube channel.

UPDATE: It has now been revealed that the game is planned for release in July.