Top Posts
Help Decide the Featured Monster for February’s Pokémon...
Learn the Basics of Voice Acting for Video...
Try Out the Free Demo of Yooka-Laylee &...
Capcom Announces What’s Next for Monster Hunter World:...
Register Now to Participate in the Upcoming Pokémon...
Enjoy Savings on Unique Titles, Toys, Accessories, &...
Hori Announces an Animal Crossing: New Horizons Accessory...
Save Big During the PlayStation 4 “Games Under...
The Pokémon Center Offers a Sweet New Line-Up...
Satisfy Your Hunger For Nostalgia with a BurgerTime...
Interview with Emma Ramsay & Andy Yong, the...
Sign-Up to Participate in the Super Smash Bros...
Here’s a Quick Look at What Was Revealed...
Our Interview with Carlo Orlandi, Co-Developer of the...
Heatran Returns to Tier 5 Raids with a...
Upcoming Toy, Game, & Comic Book Conventions You...
An Interview with Developer Dimitri Adoniou About His...
Dragon Quest Builders 2 Comes to Steam &...
The North Wilkesboro Speedway is Coming to iRacing
A “How To” for Defeating Team GO Rocket...
Our Interview with Chris Otey, Lead Designer for...
New Super Lucky’s Tale Will Leap Onto the...
A Fast & Charge TM Guide for the...
Minecraft Earth Hits Mobile Devices Later This Year,...
Super Mario Maker 2 is Coming to the...
Konami Announces a Castlevania Anniversary Collection for PC...
Mark Backler from Sketchbook Games Talks About His...
Home How To's 12 Simple Ways to Make Your Pokémon GO Account More Powerful
How To'sPokémon Go 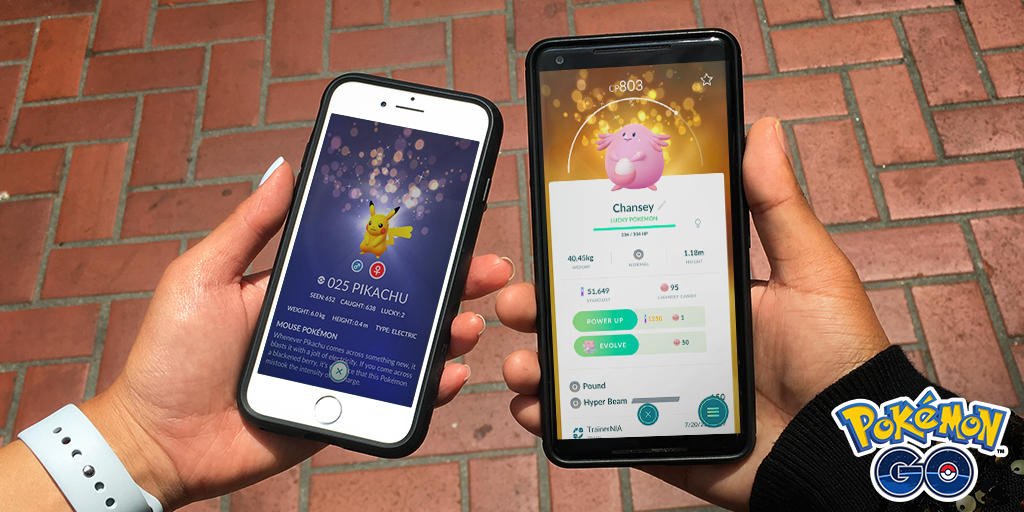 Even though it’s easier than ever to level up your Pokémon GO account, higher doesn’t necessarily mean better. In fact, you can be a level 30 Trainer and have a much better account than someone who’s played longer and reached level 40.

By strategically using the game’s best resources like Rare Candy, Stardust, and TM’s to make your Pokémon stronger and by catching specific monsters under the right conditions that will help take your account from good to great!

Here are 12 tips that detail how it’s done.

Tip #1: Use Weather Boost to your advantage.

The level of Pokémon you catch in the wild is scaled to your Trainer level until you reach level 30. However, when you capture a Weather Boosted monster, it can be up to 5 levels higher than what you’d normally catch.

This means regardless of its IV’s, once evolved, you can have a much stronger fighter without having to use any Stardust or Candy to power it up.

Although weather boost can increase the stats of any monster, it comes with greater effectiveness to certain Pokémon based on their fighting prowess and availability.

Here’s a list of Pokémon that can be quite useful when caught at a boosted level, early in the game. (They’re also abundant in most regions, under the right weather conditions, which helps with getting enough Candy for an evolve).

Tip #2:  Use Pinap Berries wisely when catching.
While the temptation may be to use Pinap Berries on Pokémon that you want to evolve to fill in your Pokédex, and while the XP from filling in the Pokédex can help raise your level faster, consider saving those Pinaps to use when you encounter Pokémon from the list in tip #1.

You can also maximize the results and use fewer of your Pinaps by using them on low CP Pokémon. There is a greater chance of catching these on the first throw.

NOTE: You won’t get your first Pinap Berry until you reach level 18, unless you find it through field quests and/or research.

Tip #3: Spend your Stardust where it counts. 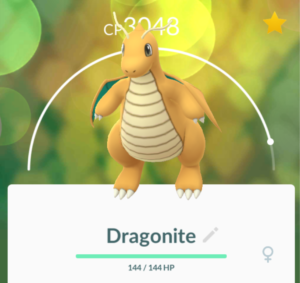 Although it might be fun to have a “maxed out” Weedle in your dex (especially if it’s your fav), it’s not going to do you much good when taking on a Legendary raid, battling a gym, or fighting other Trainers in PvP.

This is why we suggest only using Stardust to power up those monsters that really count.

Here’s a short list of ones we suggest you focus on.

You can read more about using Stardust to your benefit, here.

Tip #4: Use Rare Candy on the right Pokémon.
Rare Candy can now be earned in-game in a number of ways:

Still, Rare Candy is “rare” and precious. Spending it to evolve the newest Pokémon in the game, while exciting, is not its most beneficial use. 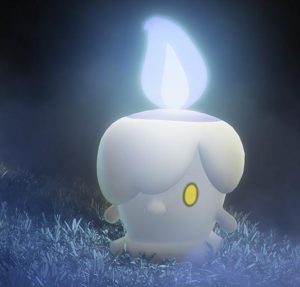 Instead, save that Rare Candy for the monsters you’ll use in battle and walk, catch, & hatch until you have the Candy needed for something brand new.

We recommend spending most of your Rare Candy on high level Pokémon, which brings us to tip #5. 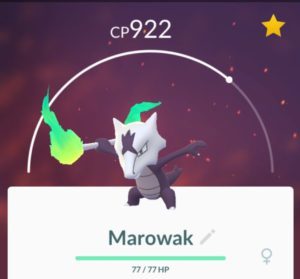 When choosing how you want to spend your free raid pass each day, consider using it towards a Legendary or strong Tier 4 raid. After all, high level raids can unlock some of the best fighters in the game including Rayquazza, Groudon, Kyogre, Mewtwo, Tyranitar, Machamp, Dragonite, and Darkrai, just to name a few.

Yes, you will have to have others to help defeat the raid boss, so some coordination may be involved. But, having the possibility of capturing an extraordinary Pokémon to add to your collection of fighters and earning rewards such as TM’s and Rare Candy, is a combo that just can’t be beat!

And, remember, the higher the level raid, the more potential you have for rewards.

If you have someone you are Ultra or Best friends with, get together frequently for trading sessions. This is one of the most under-utilized features in the game, because it requires patience, some resources, and has an element of randomness when the stats re-roll on the monsters involved.

A good strategy for picking which Pokémon to keep for trade is to choose ones that are 5000 Stardust level or higher, have lower IV’s, and aren’t ones you plan to evolve. That way, upon trading, if the stats go up (or it turns “Lucky”), it can become a tremendous asset to your team. 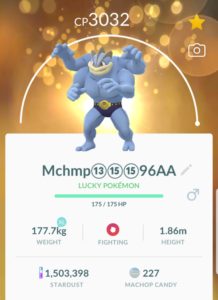 We do suggest that you think twice before spending 80,000 Stardust for a shiny Pokémon that doesn’t add anything strength-wise to your account. Also, be sure to only trade monsters already in your/your friend’s Pokédex to minimize the Stardust needed for the exchange.

Having the correct move for a Pokémon can mean the difference in winning a raid or losing one. That’s why it’s crucial to use those hard earned Fast & Charged TM’s to obtain the best movesets on each of your most powerful monsters.

For those of you who need a little guidance on what those best movesets are, here’s an article to help.

Community Day is not only a terrific time to connect with fellow players, but a golden opportunity to evolve a Pokémon that has a unique (& often stronger) move only available during this special event.

A perfect example is the Hydro Cannon charge move that was given to Swampert during the July 2019 Community Day, which moved it ahead of Feraligatr, Blastoise, Vaporeon, and Gyarados (& second behind Kyogre) as a great water attacker.

Of course, not all Pokémon will get a move that makes them outstanding, but many do. The featured Pokémon is also available in sufficient quantities during the event to guarantee multiple evolutions to its final form.

Tip #9: Know your limit when powering up your Pokémon. 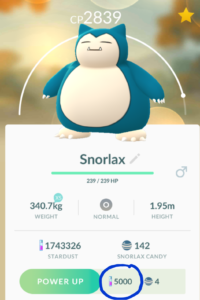 There’s a break-even point when it comes to powering up Pokémon. Where that is will vary for different players based upon their level, available resources, and desired results.

The higher you power your monster, the more resources it takes to get to the next level, which eventually results in diminishing returns.

The best advice we can offer is, don’t power up a Pokémon higher than what you can afford to spend. The most commonly known break-even point for players level 30 & above is the mid-level point between 5000 & 6000 Stardust where your CP & HP is halved with each increase.

Note: This also comes full circle back to Tip #1. If you can catch a boosted Pokémon in the wild without having to spend any resources to power it up, you’ll always come out ahead!

Even if you don’t have a lot of time to play, try to at least do 1 spin, catch, and field research each day. Keeping these daily streaks alive for 7 days at a time reaps terrific rewards such as Stardust, pokéballs, Unova & Sinoh Stones, unique Pokémon, and much more.

While this doesn’t directly make your account stronger, it provides the resources that are necessary to help you progress in the game.

Similar to Bonus Tip #1, opening gifts doesn’t directly increase the strength of your account. However, it is a great way to replenish the resources that you need to catch, raid, and revive your Pokémon.

The daily limit for opening is 20 gifts. Just make sure you reciprocate and return the favor once in a while!

Bonus Tip #3: Advanced strategy for quickly building up a strong account.
We’ve often theorized what the quickest way to get a battle-ready account would be, and, although a well-rounded account is best, here is one strategy we landed on that could work if the gyms were to align and weather shine down on you favorably.

1) Catch mutiple level 5000 or above weather boosted Eevees on a partly cloudy day.
2) Walk the 10K necessary for each Eevee and evolve during the day into Espeon, using only 25 candies each (the walking is definitely the hardest part here!)
3) TM to get the Psychic type movesets (either Confusion/Psychic or Confusion/Future Sight).
4) Find a friend to hit weather boosted Machamp raids on a cloudy day.
5) TM to get Counter/Dynamic Punch moveset on each Machamp.
6) Join 3 friends to battle weather boosted, level 4 raid boss, Tyranitar on partly cloudy days.
7) TM to Bite/Crunch movesets.

Following these steps will get you a strong set of psychic, fighting, and dark type fighters.

Although there could be many different approaches to this, we can’t think of a better way to get a battle-ready account that far surpasses its trainer level.