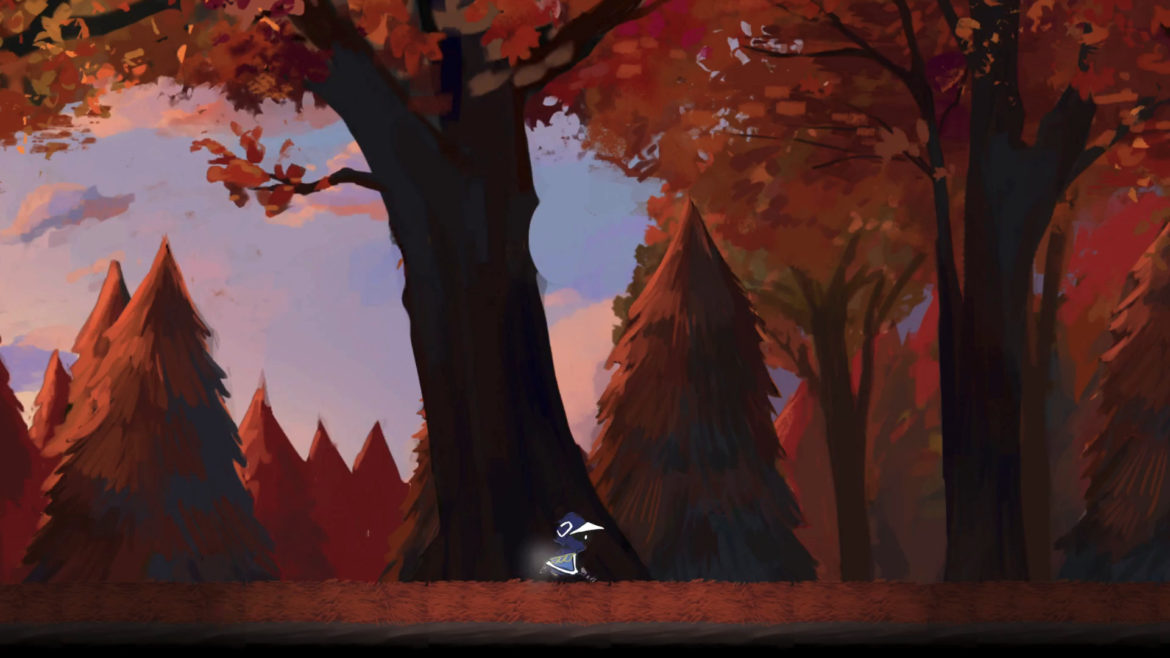 After discovering the joys of game development on a lark during Covid lockdown, Idir Amrouche, hit upon an idea that is quickly turning into a hauntingly, gorgeous, action platformer, with the style & grace of titles such as Hollow Knight.

Now, 6 months later, with the help of funding from a Kickstarter campaign and the continued support from his talented co-workers at Kiro Team, Idir, hopes to turn his brainchild, Souno’s Curse, into a reality.

We recently spoke to this up and coming developer about his game.

Here’s what Idir had to say.

Tell us about yourself and why you decided to become a game developer.
My game development journey started last December when I downloaded and launched Unity for the first time at 2am because I was bored with the lockdown. I’d never thought of game development before (that) and fell in love (with it) at first sight.

In 2 weeks, I’d made a small, micro game. After that, I dedicated my evenings and weekends to working on a prototype for an idea I had in mind.

Three months later, I (decided to) quit my job as a software engineer. By then, I’d finished my prototype and shared it (in a few) on-line forums, looking for partners.

Luckily, I found a very passionate and skilled (group of) people and, just like that, the Kiro Team & Souno’s Curse were born.

Souno’s Curse is an action platformer inspired by Hollow Knight and Journey. It features metroidvania elements and a moving story about regret and living in the moment.

The game is a celebration of what I love and what inspires me:

The environment of Souno’s Curse is absolutely stunning. What inspired the look/feel of the environment? How did you go about creating this incredible world?

(Although) I knew how I wanted the environments to look and feel, it was hard for me to express it, not being an artist. So, I spent a longtime looking at game art, illustrations, anime, movies, etc., and added everything to a mood board.

Then, with our (Kiro Team) artists, I went through a process of trial and error until, at a (certain) point, everything clicked.

What types of abilities will players have in the game? How will they be acquired?

(Players) will start the game able to jump, perform a few melee attacks, and with one magic ability.

As is the case with the metroidvania genre, new abilities (such as a double jump & glide) will unlock as you progress. These additional abilities will allow players to complete the more complex and interesting platforming sections.

How many enemies/ enemy types will we encounter in the game? Will we need to use a different strategy for each?
How many enemies will there be? A lot! (Laugh)

The game will contain at least 4 different zones, each of which, will have its own unique cast of enemies.

Each enemy will have a specific attack pattern which will require a specific strategy. All of the enemies will be heavily related to the lore of the game’s world.

What are some of the deadly traps players will have to avoid?
(We’ll have) everything that you’d expect from this type of game, from static traps to moving saws, to squashing pillars and more.

The traps are simple in the beginning, so players can get used to controlling the character. But, as you (progress), they become more complex and challenging.

Tell us about the “hidden object” aspect of the game.
As a player, you’ll discover a maze-like environment where there is no map to guide you.

We want to reward exploration, so we’ve hidden interesting secrets all over the levels.

If you take the time to look around, you’ll find hidden objects. Some will grant you more powers (while) others will help you learn more about the lore and Souno’s Curse.

What is the level of difficulty players can expect? Will it be “Hollow Knight” difficult?
We don’t want difficulty to be an obstacle for the player (& prevent him/her) from enjoying the story and overall atmosphere of the game.

The game will (become more) challenging as you progress, but not extremely difficult.

We’re thinking of including optional challenges for the more skilled players to tackle, (which will) allow for some amazing rewards at the end.

The music for the game is quite good! Who created the music? How many tracks will be in the game? Will you be offering a purchasable OST?
Our composer, Nicolas Des Alliers, is working on the soundtracks and sound design.

We don’t yet know how many tracks there will be. And, we haven’t yet discussed the possibility of making a purchasable OST. We are, however, offering a digital soundtrack as a reward for our currently running Kickstarter campaign.

Speaking of Kickstarter. Can you share with us some of your main goals for your funding campaign?

As you know, developing a game quickly becomes very expensive.

I’ve been working full-time on Souno’s Curse for more than half a year, using my personal savings to pay for the development costs, software licenses, and my bills.

Unfortunately, I can’t keep up (this pace), so a Kickstarter campaign is an opportunity to fund the game.

Otherwise, I’d have to take a full-time job and only work on Souno’s Curse on evenings and weekends, which would make finishing the game extremely difficult.

You’ve just released a playable demo. How long is it? What will it allow players to do?

The demo is about 30 minutes long.

It contains a part of the first zone of the game. Players will be able to explore it freely, fight enemies and find hidden objects. They will (also) be introduced to bits of the story and lore.

We would be very excited to plan a release on the Nintendo Switch as well, which is why we’ve included it as a Stretch Goal for our Kickstarter campaign.

If Souno’s Curse proves successful, do you have plans/ideas for continuing it in some way via additional content, a sequel, another game in the same universe?
Of course. We have many ideas for more content around Souno’s Curse. But, at the moment we’re focusing on the base game.

Is there anything else you’d like us to know about Souno’s Curse?

All the detailed information about the project is on our Kickstarter page. (We will answer all of your questions there).

If you want to chat and chill with us, you can join our Discord.

Lastly, you can check out the new, playable demo on Steam.

Thanks to Idir for answering our questions. We wish he & the Kiro Team all the best with their Kickstarter and the release of Souno’s Curse!

Our (Quick) Review of Action Platformer, Effie, from Inverge Studios