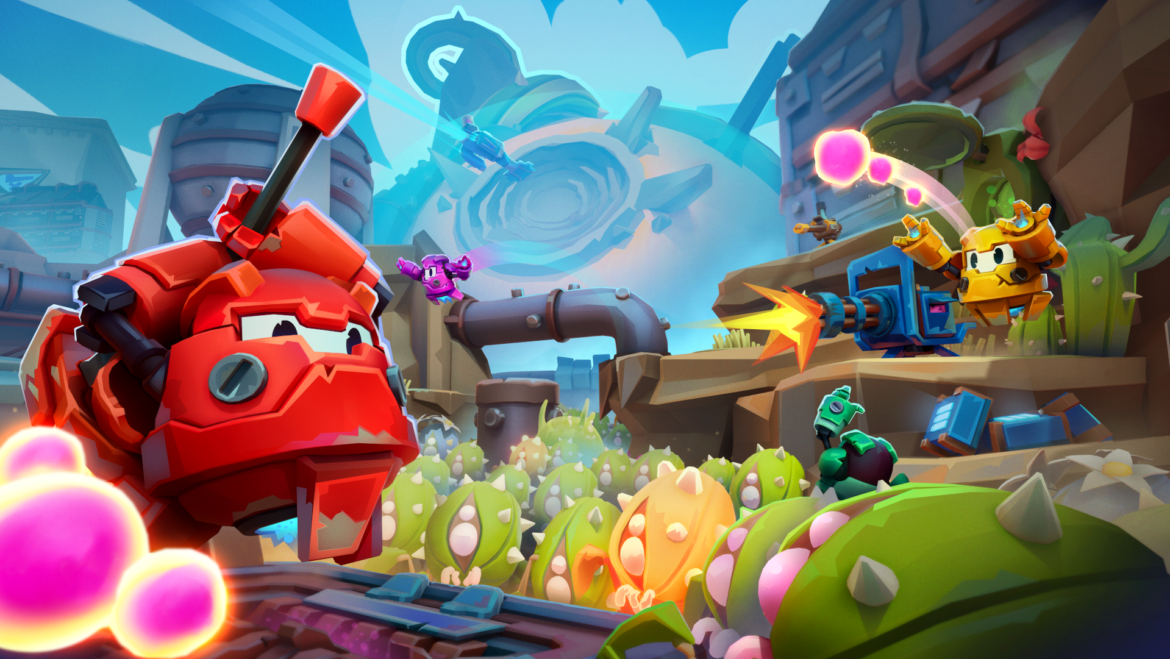 After 8 months in Early Access, Frogsong Studios has now unleashed a full version of their lively, co-op, sci-fi title, D-Corp onto Steam!

Team-up with 1-3 other players.

Those who’d like to give it a try before buying can do so, via a Steam demo.

Watch the latest game trailer for D-Corp on YouTube.

Read more about Frogsong Studios on the developer’s website.

Join in the conversation about the game on Discord.

Keep up with the latest news from Frogsong Studios on Twitter.