Top Posts
A “How To” For Defeating Landorus
Save Big During the Play Asia Spring Sale
Check Out the Latest Merchandise Available at The...
La-Mulana I & II Venture to Consoles
Play ARMS for Free This Week on the...
Melee Brawler, Drill Man Rumble, Comes to Steam...
Monster Hunter: World The Official Complete Works Releases...
Infuse Studio’s Breathtaking Exploration Game, Spirit of the...
Our Interview with Missing Game Studio About Their...
Explore Ruins & Hunt for Artifacts When Adam’s...
Our Interview with Lantern Studio’s Art Director, Beidi...
Luigi’s Mansion 3 Multiplayer Pack Part 1 Has...
Niantic Announces a March Filled with Special Events,...
NIS America Announces 3 Big Additions to Their...
Our Interview with Baseline Games About Developing the...
Indie Publisher, Ratalaika Games Announces What’s Next in...
Play Asia Opens Physical Pre-Orders for Twin Breaker:...
Multiplayer Races to Mario Kart Tour March 8th
A Free Demo of Final Fantasy VII Remake...
Adorable 3D Platformer, Lumote, Releases on Steam
Thundurus Rumbles into Tier 5 Raids March 2nd
Funko POP! Announces 9 New Additions to Their...
Action RPG, Sparklite, from NC Developers, Red Blue...
Wunderling, a Mario-esque Platformer with a Twist, Releases...
Our Interview with Avery Howell from Malheur Games...
Our Interview with Journey Bound Games About Their...
Langrisser I & II Demo Lands on the...
Funko & The Pokémon Company Team Up for...
A Free Demo of Pokémon Mystery Dungeon: Rescue...
Make Plans Now to Attend the Final Fantasy...
“Marvel’s Spider-Man Script Book” Swings Into Bookstores This...
Our Interview with Garrick Campsey About His Unique...
Square Enix Announces a Kingdom Hearts All-in-1 Package...
Apply Now for Full-Time Openings & Summer Internships...
Get Ready to “Wall Jump” with Family &...
First Person, Sci-Fi Puzzler, The Turing Test, Launches...
Mobile Title, Dragon Quest of the Stars, Releases...
Our Interview with Jared Barr from Thetau Games...
Upcoming Toy, Game, & Comic Book Conventions You...
Nintendo Announces an Animal Crossing: New Horizons Switch...
Humorous, Action RPG Kofi Quest: Alpha MOD Ventures...
Nintendo Details Subscription Options & Features for Their...
Mega Man Blasts into Action in the Latest...
Tornadus Spins into Tier 5 Raids February 4th
Reclaim Your Youth & Free the Land of...
Try Out the Free Demo of Yooka-Laylee &...
Capcom Announces What’s Next for Monster Hunter World:...
The Pokémon Center Offers a Sweet New Line-Up...
Satisfy Your Hunger For Nostalgia with a BurgerTime...
Interview with Emma Ramsay & Andy Yong, the...
Our Interview with Carlo Orlandi, Co-Developer of the...
An Interview with Developer Dimitri Adoniou About His...
Dragon Quest Builders 2 Comes to Steam &...
The North Wilkesboro Speedway is Coming to iRacing
A “How To” for Defeating Team GO Rocket...
Our Interview with Chris Otey, Lead Designer for...
A Fast & Charge TM Guide for the...
Minecraft Earth Hits Mobile Devices Later This Year,...
Super Mario Maker 2 is Coming to the...
Konami Announces a Castlevania Anniversary Collection for PC...
Mark Backler from Sketchbook Games Talks About His...
Home Other Here’s a 1st Look at the Upcoming Mobile Game, Harry Potter: Wizards Unite
OtherPokémon Go 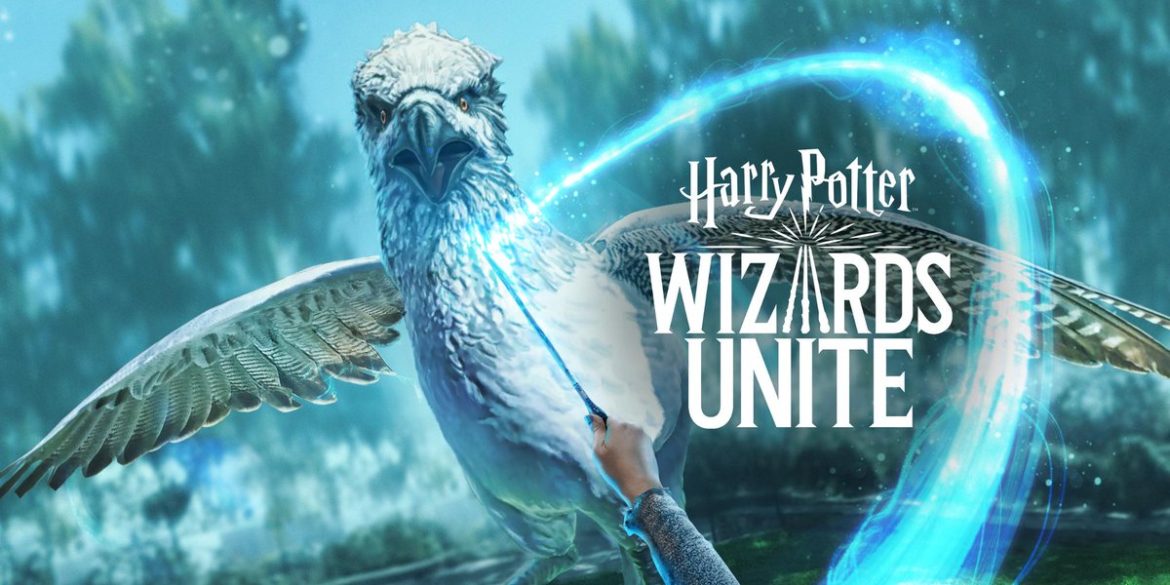 As expected, the game which is being modeled after Pokémon GO, will allow for players to interact with each other as well as the real world around them, enjoying content and characters from the Harry Potter series and the Fantastic Beasts films.

– Play as a new recruit of the Statue of Secrecy Task Force
– Investigate and work with others to “contain” The Calamity which has befallen the wizarding world
– Find magical Foundables in the real-world at parks, banks, zoos, and college campuses
– Earn rewards by sending Foundables back to the wizarding world
– Cast a variety of spells
– Collect food & drink to replenish your Spell Energy
– Track needed ingredients for potions & other items on the in-game map
– Unlock Portkeys which can “whisk” you into wizarding world locations
– Test your combat skills in designated “Fortresses”
– Team with friends to take on high level enemies & recover rare Foundables
– Specialize in a number of magical professions such as Aurors and Magizoologists
– Strategize with those in other professions to take on tough Wizarding Challenges

Pre-registration is now open for Google Play users. (Coming for iPhone soon). If you register now, you’ll have a chance at being chosen to participate in an early access program for the game.  You can pre-register here.

Celebrate Your Love of Pokémon with This Bevy of Plushies, Figures, Clothing & More

How to Use the “Field Research” Function...