Top Posts
Slice of Life, Visual Novel, I’m Oh So...
Craft, Build, and Explore with Relaxing, Open World...
Hidden Object, Puzzle Adventure, Darkarta: A Broken Heart’s...
Try a Free Demo of Murder Mystery, Visual...
What You Need to Know About Mega Evolutions...
A List of Physical, Collector Editions for Titles...
Set Sail on an Incredible, Zelda-esque Adventure When...
First 4 Figures Opens Pre-Orders for The Legend...
Our Interview with Tag of Joy About Point...
Our Interview with Cyrille Bonard About His Lively,...
Our Interview with Noema Games About Point &...
Our Interview with Marina Sciberras from Cowleyfornia Studios...
Our Interview with William Kruger from Silvernode Studios...
Our Interview with Jacob Sporrong About His Visual...
Tune in for a Season of Live News...
Pathea Games Announces Puzzle Adventurer, Ever Forward, for...
Reshiram, Zekrom, & Kyurem Come to Tier 5...
Suit up for Action with This Line of...
EMMA: Lost in Memories Journeys to Consoles
25 Indie Games We Can’t Wait to Play
Destroy All Humans! Announced for Physical Release on...
Spike Chunsoft Announces the Danganronpa Trilogy for Mobile...
Celebrate the Return of Final Fantasy VII with...
Our Top 10 Ways to Use an Elite...
Cat Quest “Pawsome Pack” Coming July 31st for...
Begin Your “Journey” on Steam, June 11th
Several Exciting Demos You Can Download for Free...
Rhythm, Action Adventure, Giraffe & Annika Travels to...
“Geek Out” Your Christmas Tree with These Cool...
Our Interview with Ayu Sakata, Writer & Production...
First 4 Figures Announces an Official Facebook Page...
Sport, Showcase, & Embrace the Latest Merchandise from...
Story of Seasons: Friends of Mineral Town is...
Our Interview with Andy Mitchell About His Upcoming...
Harvest Moon: Mad Dash Comes to Mobile Devices
Our Interview with Kristi Ramot & Dagmar Blommaert...
La-Mulana I & II Venture to Consoles
Melee Brawler, Drill Man Rumble, Comes to Steam...
Monster Hunter: World The Official Complete Works Releases...
Infuse Studio’s Breathtaking Exploration Game, Spirit of the...
Our Interview with Missing Game Studio About Their...
Explore Ruins & Hunt for Artifacts When Adam’s...
Our Interview with Lantern Studio’s Art Director, Beidi...
Luigi’s Mansion 3 Multiplayer Pack Part 1 Has...
NIS America Announces 3 Big Additions to Their...
Our Interview with Baseline Games About Developing the...
Indie Publisher, Ratalaika Games Announces What’s Next in...
Play Asia Opens Physical Pre-Orders for Twin Breaker:...
Multiplayer Races to Mario Kart Tour March 8th
A Free Demo of Final Fantasy VII Remake...
Adorable 3D Platformer, Lumote, Releases on Steam
Funko POP! Announces 9 New Additions to Their...
Action RPG, Sparklite, from NC Developers, Red Blue...
Wunderling, a Mario-esque Platformer with a Twist, Releases...
Our Interview with Avery Howell from Malheur Games...
Our Interview with Journey Bound Games About Their...
Langrisser I & II Demo Lands on the...
A Free Demo of Pokémon Mystery Dungeon: Rescue...
“Marvel’s Spider-Man Script Book” Swings Into Bookstores This...
Our Interview with Garrick Campsey About His Unique...
Square Enix Announces a Kingdom Hearts All-in-1 Package...
Apply Now for Full-Time Openings & Summer Internships...
Get Ready to “Wall Jump” with Family &...
First Person, Sci-Fi Puzzler, The Turing Test, Launches...
A “How To” For Defeating Landorus
Mobile Title, Dragon Quest of the Stars, Releases...
Our Interview with Jared Barr from Thetau Games...
Upcoming Toy, Game, & Comic Book Conventions You...
Nintendo Announces an Animal Crossing: New Horizons Switch...
Humorous, Action RPG Kofi Quest: Alpha MOD Ventures...
Mega Man Blasts into Action in the Latest...
Try Out the Free Demo of Yooka-Laylee &...
Capcom Announces What’s Next for Monster Hunter World:...
Satisfy Your Hunger For Nostalgia with a BurgerTime...
Interview with Emma Ramsay & Andy Yong, the...
Our Interview with Carlo Orlandi, Co-Developer of the...
An Interview with Developer Dimitri Adoniou About His...
The North Wilkesboro Speedway is Coming to iRacing
A “How To” for Defeating Team GO Rocket...
Our Interview with Chris Otey, Lead Designer for...
A Fast & Charge TM Guide for the...
Minecraft Earth Hits Mobile Devices Later This Year,...
Super Mario Maker 2 is Coming to the...
Konami Announces a Castlevania Anniversary Collection for PC...
Mark Backler from Sketchbook Games Talks About His...
Azelf Enters Tier 5 Raids November 24th
Warm Up with a Cool Sweater from Merchoid
Terrakion, Cobalion, and Virizion Return to Tier 5...
Home Collectibles Sega Announces the Return of Shenmue 1&2, a Mega Drive Mini, the Arrival of Classic Games on the Switch & More!
Collectibles

Sega Announces the Return of Shenmue 1&2, a Mega Drive Mini, the Arrival of Classic Games on the Switch & More! 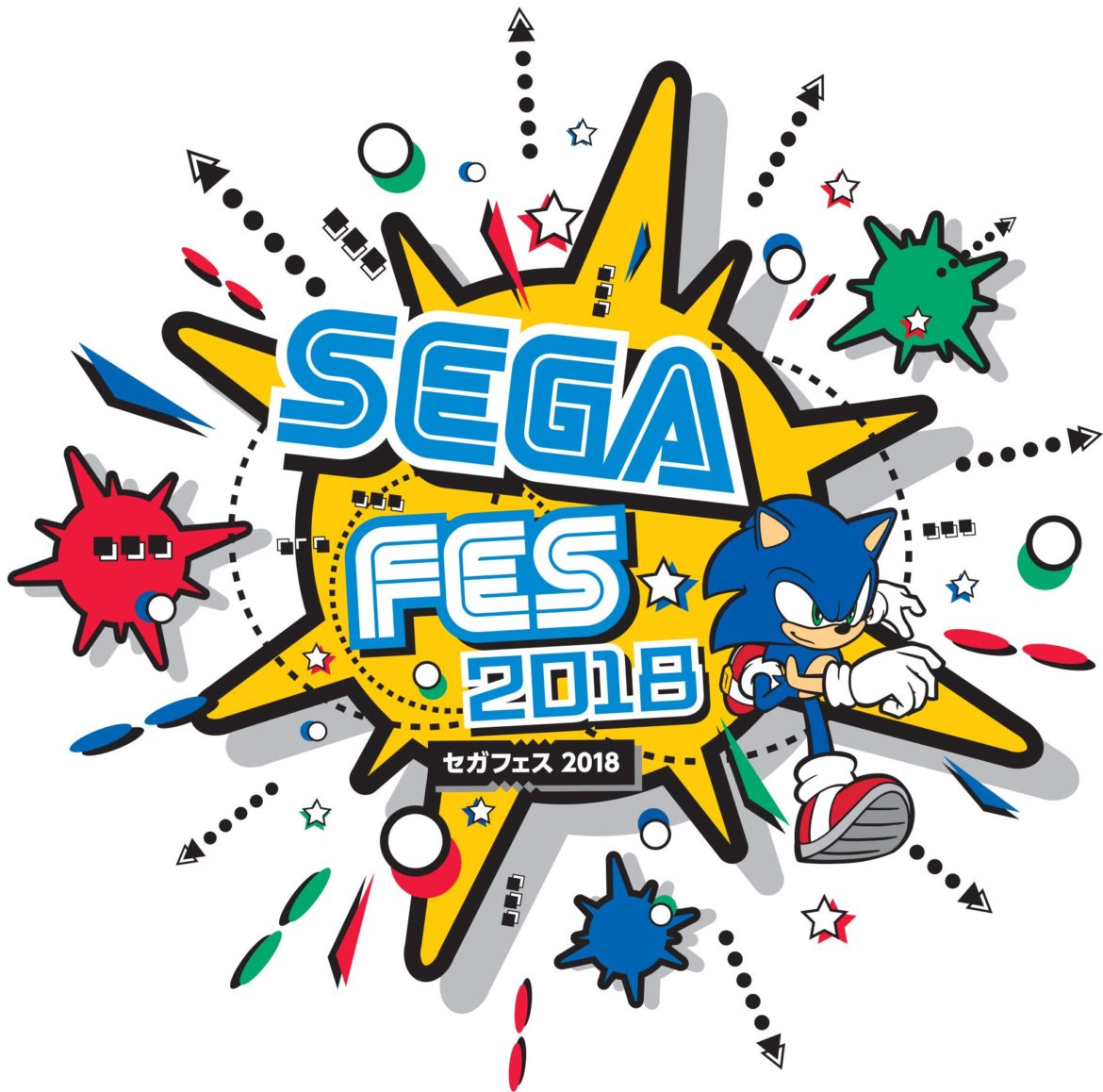 Sega teased last month (& over the last few days) that some interesting announcements would be made at the Sega FES event in Tokyo this past weekend. Now that the weekend is over, we can honestly say the company lived up to and possibly surpassed fan expectations, disclosing several thrilling projects in the works.

Dreamcast games, Shenmue I & II, are being remastered and re-released as a collection for the PS4, XB1, and PC.

Physical editions will be created for the PS4 and XB1. The collection will release sometime this year, retailing for $29.99.

You can see a brief, “work in progress” video, hyping the upcoming collection on Sega’s YouTube channel.

Following in the footsteps of Nintendo’s NES & SNES classic machines, Sega, with help from AtGames, will be bringing a miniaturized version of their Genesis (Mega Drive in Japan) system to fans sometime this year. No other details are known as of yet.

With help from Japanese developer/publisher, M2, a line-up of 3D classics will be making their way to the Nintendo eShop this Summer, under the heading, “Sega Ages.” 15 games are planned for the initial release, 5 of which have been revealed so far.

If Sega Ages proves successful, the company has hinted that the eShop assortment will continue to expand, possibly even including Dreamcast and Sega Saturn games down the road.

Sega also announced this weekend that the 1st Valkyria Chronicles is coming to the Switch eShop in Japan. It will be sold for a special deal for those who also purchase Valkyria Chronicles 4. No word yet on this specific title becoming available for the North America eShop.

Speaking of Valkyria Chonicles 4, per an announcement late last year, it will be coming to North America this Fall on PS4, XB1, and the Switch.

According to an article on IGN.com, it will include a new cast of characters, the return of the BLiTZ battle system, and a new Grenadier class. It’s currently up for pre-order at Amazon, Best Buy, and GameStop.

Also announced prior to this weekend, Shenmue 3 will be coming out late this year, thanks to creator/ director Yu Suzuki, his development team at Ys Net, Shibuya Productions, a successful Kickstarter Campaign, publisher Deep Silver, and Sony. The game is planned for the PC and PS4. You can see more about this release on the game’s website.

UPDATE: As of 5/17, Shenmue 3 has been delayed until 2019. An explanation from the developer about the delay can be found on the game’s Kickstarter website.