Top Posts
Help Decide the Featured Monster for February’s Pokémon...
Learn the Basics of Voice Acting for Video...
Try Out the Free Demo of Yooka-Laylee &...
Capcom Announces What’s Next for Monster Hunter World:...
Register Now to Participate in the Upcoming Pokémon...
Enjoy Savings on Unique Titles, Toys, Accessories, &...
Hori Announces an Animal Crossing: New Horizons Accessory...
Save Big During the PlayStation 4 “Games Under...
The Pokémon Center Offers a Sweet New Line-Up...
Satisfy Your Hunger For Nostalgia with a BurgerTime...
Interview with Emma Ramsay & Andy Yong, the...
Sign-Up to Participate in the Super Smash Bros...
Here’s a Quick Look at What Was Revealed...
Our Interview with Carlo Orlandi, Co-Developer of the...
Heatran Returns to Tier 5 Raids with a...
Upcoming Toy, Game, & Comic Book Conventions You...
An Interview with Developer Dimitri Adoniou About His...
Dragon Quest Builders 2 Comes to Steam &...
The North Wilkesboro Speedway is Coming to iRacing
A “How To” for Defeating Team GO Rocket...
Our Interview with Chris Otey, Lead Designer for...
New Super Lucky’s Tale Will Leap Onto the...
A Fast & Charge TM Guide for the...
Minecraft Earth Hits Mobile Devices Later This Year,...
Super Mario Maker 2 is Coming to the...
Konami Announces a Castlevania Anniversary Collection for PC...
Mark Backler from Sketchbook Games Talks About His...
Home Features 1st Person Adventure, Firewatch Will Scorch Switch Systems on December 17th
FeaturesGameGame Dev/Pub 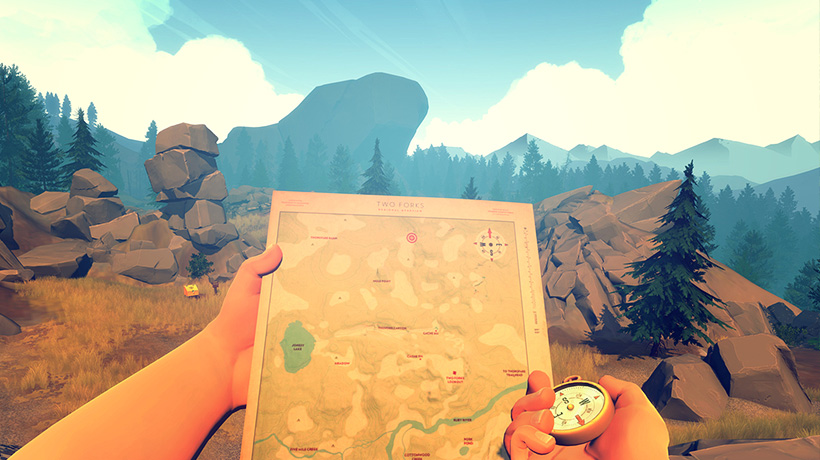 After originally announcing a release of Firewatch for the Switch back in April, Campo Santo surprised fans on Friday confirming that the newest version of the game will actually be releasing this month.

With it will be some nice new improvements which will allow the game to run better, load more quickly, and be more responsive than ever before. Campo Santo has also hinted that there may be some exclusive content included as well.

For those who already own a copy of the game on the PS4, PC, or XB1, these changes (minus the exclusive content) will be making their way to those systems as well. (We just don’t know exactly when yet).

Firewatch will release digitally on the Nintendo eShop, December 17th, for the Americas, Japan, Europe, and Australia.

You can read more about the game and see why we scored it an 8.5/10 in our Firewatch Review.

Campo Santo is currently working on their next title, In the Valley of the Gods. You can see a brief trailer for it on the developer’s website.

Slice, Dice, Boil, Peel, Fry, and Plate Like a Pro with Cooking Simulator for PC, Coming in 2019