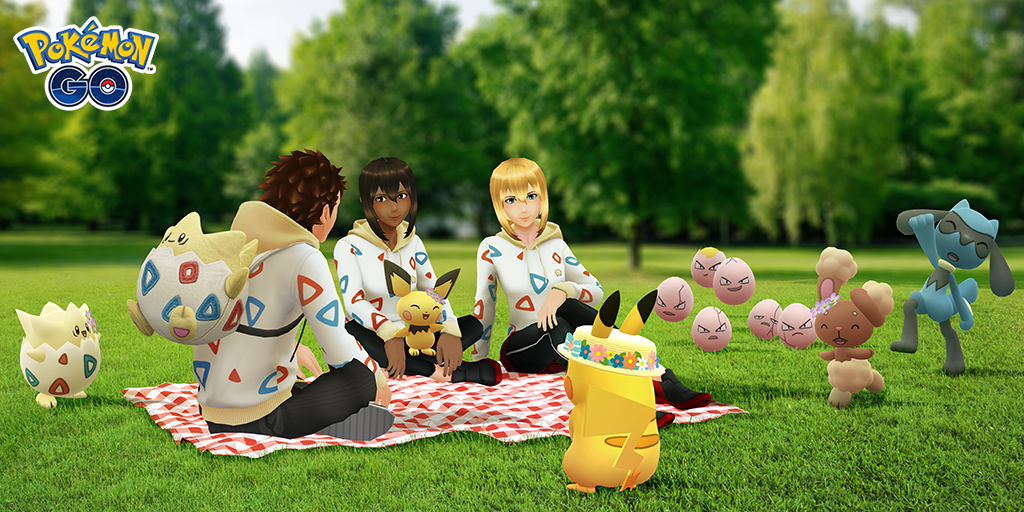 For those who choose to participate, here’s a quick look at what you’ll be able to do, see, catch, hatch, and enjoy.

Flower Crowned Pokémon:
– Buneary (in wild)
– Eevee (in wild)
– Pichu (2km hatch)
– Togepi (2km hatch)
Pikachu will also appear in the wild, this time wearing a flowered hat (not crown). Pikachu, as well as the other 4 monsters listed above, do have the possibility of being shiny.

2km Egg Hatches:
– Pichu
– Togepi
– Happiny
– Munchlax
– Tyrogue
– Chingling
– Riolu
All eggs received from gifts during this event will be 2km in size.

Also, if you’re a fan of the spotlight/mystery hour events, be sure to participate in the ones still to come this month. (Both have been combined into one event happening every Tuesday in April).
April 7th: Purrloin/2x Catch XP
April 14th: Magnemite/2x Catch Candy
April 21st: Wobbuffet/2x Transfer Candy
April 28th: Pidgey/2x Evolve XP

Have fun! Be safe!