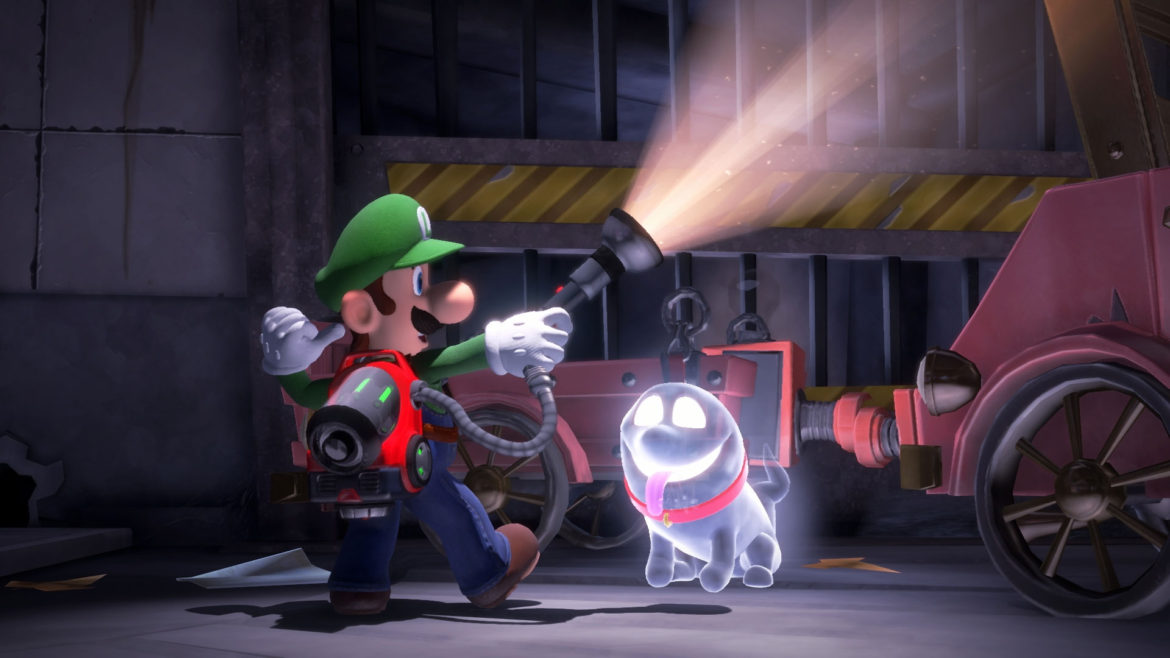 Nintendo has just released Part 1 of a 2-part DLC Multiplayer pack for Luigi’s Mansion 3, allowing fans to now have a little more to enjoy with their family and friends.

3 ScareScraper Costumes
Luigi will now have 3 more costumes to strut his stuff in. Not only is each unique in look, but will allow the cowardly hero access to different Scare floors and ghosts.

3 ScreamPark Minigames
Enjoy 3 more mini-games in ScreamPark multiplayer mode, each of which will put players’ skills to the test.

Dodgebrawl: Play dodgeball with the Poltergust G-00.
River Bank: Dodge logs as you see who can collect the most coins.
Tricky Ghost Hunt: Defeat ghosts while avoiding an electrical shock.

Download the LM3 DLC via the Nintendo eShop for $9.99. This will include the currently available content and pack #2 of the DLC which is due out this Summer.

As an additional bonus, those who purchase the DLC will receive access to a Flashlight Type-P which makes a Polterpup shape on the walls when used.

Watch a video showcasing all of the fun new things players can enjoy (with pack #1) on the Nintendo UK YT channel.

Luigi’s Mansion 3 is available for the Nintendo Switch, digitally on the eShop and physically in most retail stores.

Hadn’t played the game? Read all about it in our previous coverage and on the official LM3 website.