In case you’re unfamiliar with Hyperkin Products, this is the company that makes the RetroN systems you always see in your favorite independent game stores. They also make stylized modern versions of accessories for the old school gamer such as a NES compatible controller with a 10-foot cable and a sleek, comfortable mouse that works with Mario Paint. They’ve been in business for years and are a “go to” manufacturer for game store owners who have a retro customer base.

We stopped by their booth at E3 this year and were greatly impressed with everything we saw. The 2 standouts were a new addition to the RetroN series which plays Atari 2600 games and a device called the SmartBoy that turns your Android smartphone into a Gameboy/Gameboy Color player. 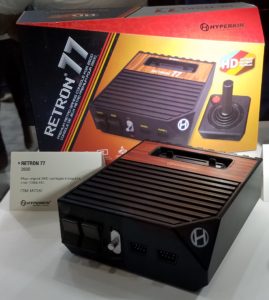 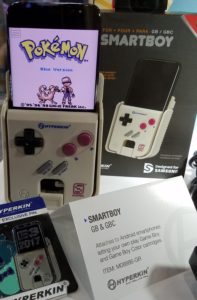 NOTE: For a list of phones that will work with the SmartBoy besides the S8, check out Amazon’s listing.

Price: $49.99
Release Date: August 21st
How to Get it?
Pre-order on Amazon
Pre-order through Hyperkinlab.com
OR
Check with your local independent game store that carries Hyperkin products to see if they’ll have it for sale.

For the latest news from Hyperkin Products, follow them on social media:

Hidden Agenda: A Thriller of a Party Game for the PS4