Wunderling, a Mario-esque Platformer with a Twist, Releases March 5th for Switch & PC 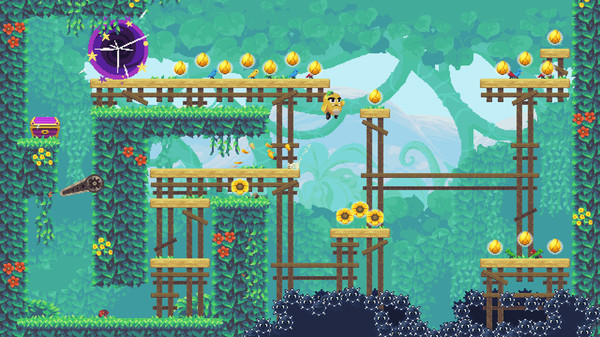 Ever wanted to play the part of an enemy in a Mario game? Now, you can (well, sort of) with Wunderling, a puzzling platformer, from indie studio, Retroid Interactive, that puts players in the role of a low level goon who must stop the hero from rescuing the princess.

Of course, it’s not as simple as it might seem as the little Goomba like creature will only know how to jump in the beginning. He’ll also be unable to stop or change directions at the whim of the player.

This means a lot of strategic thinking will be necessary. There’ll also be puzzle solving, treasure hunting, and the need to earn additional moves to make sure that irksome hero doesn’t succeed.

Features Include:
– One hand controls to make things simple
– Unlockable hidden moves such as Boost & Wall-Jump
– Over 27 million outfit customization options
– 2D pixelated graphics
– the Ability to play as an enemy Boss
– a Soundtrack by Oscar Sidoff Rydelius
– a Story by Alex Faciane 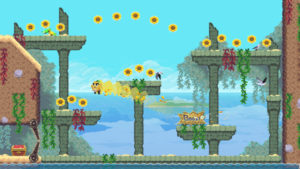 Look for Wunderling to become available on March 5th on the Nintendo eShop and Steam (wishlist now).

See a game trailer for Wunderling on the developer’s YT channel.

Our Interview with Avery Howell from Malheur Games on His Romantic Visual Novel, Once More