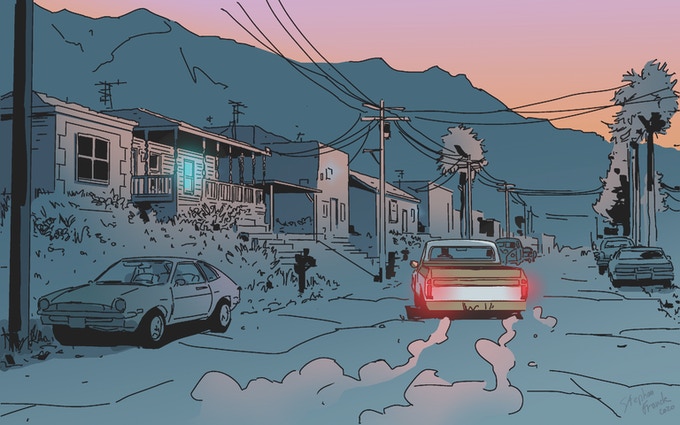 If you’re a fan of comic books and graphic novels and are searching for a way to help up & coming as well as established artists and writers (& other creative types) in the industry, look no further than this list of 6 Kickstarter campaigns currently looking for funding.

Project:
A coming of age story about a young orphan girl who discovers she has powers that rival the ancient gods and uses her newfound abilities to help save the human race from extinction.

Artists:
Roye Okupe (Creator)
Godwin Akpan (Illustrator)
Special Rewards for Campaign Backers:
– Receive Ch. 1&2 now, digitally (all backers)
– $50+ Tier: Receive 2 signed, physical copies
( 1 for you, 1 to give to someone else)

Project:
(Chapter 1 of 6)
Waldin: The Obsidian is a fantasy adventure which revolves around two stones that control life and death & tells of the evil Viking race who will stop at nothing to own them both and rule the world.

Project:
The 5th annual compilation of comic strips from the Collectors series (which showcases the hilarious relationship between a man who loves to collect comic books and his very understanding wife) will contain both recently run and never before seen material.

Project:
The 3rd comic in the Tercona series (based on the world of the graphic novels by the same artist) finds the young superhero being hunted by a new enemy, Burmese, who has the ability to mind control others and may or may not be working alone.

Project:
A magazine showcasing comics and interviews from small press cartoonists and illustrators from around the world. (The campaign will help cover the printing for the Sept-Oct 2020 issues).

Project:
A neo noir graphic novel set in LA’s country music clubs which follows an ex cop with big dreams of being a working musician who reluctantly takes on a job as a PI to provide for his teenage daughter.

Submissions for Speedrunners are Now Being Accepted for the SGDQ 2020

Check Out the Next Hakuoki Release from...

Pre-Orders are Now Open for Banjo-Kazooie from...