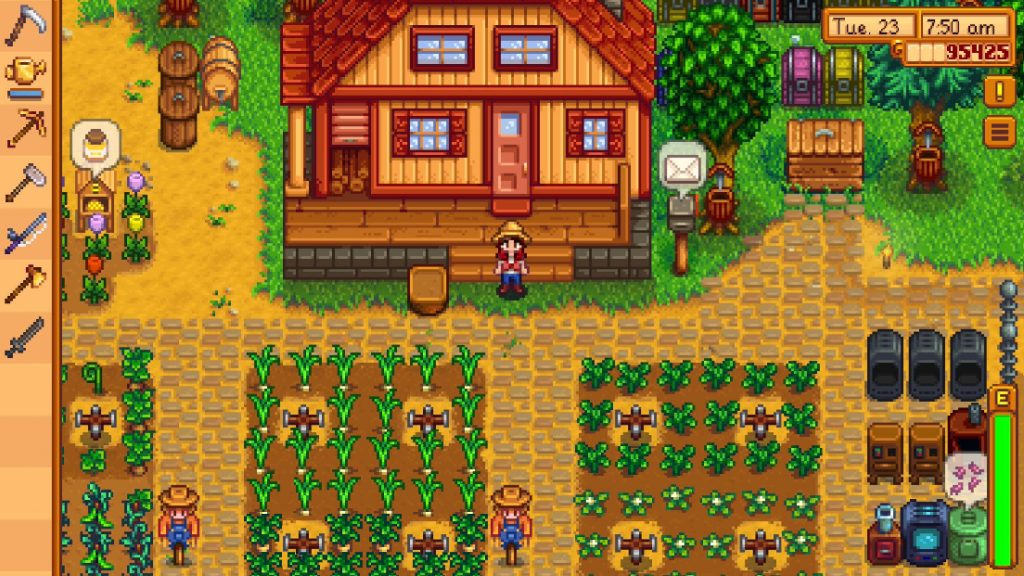 Publisher Chucklefish Games announced the surprising news this week that the hit title, Stardew Valley, created by the one and only Eric Barone, is making the transition from PC & console to mobile devices.

The port will be handled by London based mobile development studio, The Secret Police. The game will be coming to iOS devices first on October 24th. It will release for Android users at a later date.

For the iOS launch, the game will include iPhone & iPad gaming support. It will also include 1.3 single player content, such as the Night Market, but no multiplayer. PC players will have the option to transfer their save data to the iOS version via iTunes. (Mods are not supported so any save data which contains mods may have compatibility issues).

The iOS version is promised to be the same in length as the version fans are used to on PC & console. The mobile version will be quite similar in gameplay as well, however, with it being rebuilt for a touch screen, the UI, menu systems, and controls will be affected.

Stardew Valley can now be pre-ordered on the Apple store. The cost is $7.99 with no in-app purchases.

The announcement trailer for Stardew Valley coming to mobile can be seen on the Chucklefish Games YouTube channel.

Also, in Stardew Valley news this week is the release of a Piano Collection of the game’s music. Now, fans can listen to these classic tunes any place, any time even when they’re not playing. Digital and physical versions of the collection can be purchased through Materia Collective. They also have digital and physical versions of the sheet music.

Stardew Valley is currently available for purchase on Steam, PS4, Switch, and Xbox One.

A Point & Click Adventure Game Based on the R.L. Stine Goosebumps Series is Now Available on the Nintendo Switch

Tune in for “The Indie Houses” Direct...