Top Posts
Help Decide the Featured Monster for February’s Pokémon...
Learn the Basics of Voice Acting for Video...
Try Out the Free Demo of Yooka-Laylee &...
Capcom Announces What’s Next for Monster Hunter World:...
Register Now to Participate in the Upcoming Pokémon...
Enjoy Savings on Unique Titles, Toys, Accessories, &...
Hori Announces an Animal Crossing: New Horizons Accessory...
Save Big During the PlayStation 4 “Games Under...
The Pokémon Center Offers a Sweet New Line-Up...
Satisfy Your Hunger For Nostalgia with a BurgerTime...
Interview with Emma Ramsay & Andy Yong, the...
Sign-Up to Participate in the Super Smash Bros...
Here’s a Quick Look at What Was Revealed...
Our Interview with Carlo Orlandi, Co-Developer of the...
Heatran Returns to Tier 5 Raids with a...
Upcoming Toy, Game, & Comic Book Conventions You...
An Interview with Developer Dimitri Adoniou About His...
Dragon Quest Builders 2 Comes to Steam &...
The North Wilkesboro Speedway is Coming to iRacing
A “How To” for Defeating Team GO Rocket...
Our Interview with Chris Otey, Lead Designer for...
New Super Lucky’s Tale Will Leap Onto the...
A Fast & Charge TM Guide for the...
Minecraft Earth Hits Mobile Devices Later This Year,...
Super Mario Maker 2 is Coming to the...
Konami Announces a Castlevania Anniversary Collection for PC...
Mark Backler from Sketchbook Games Talks About His...
Home Features Jurassic World: Alive is a Pokémon Go-esque Mobile Game with an Awesome Dinosaur Twist, Now Out for iOS & Android Devices
FeaturesOther 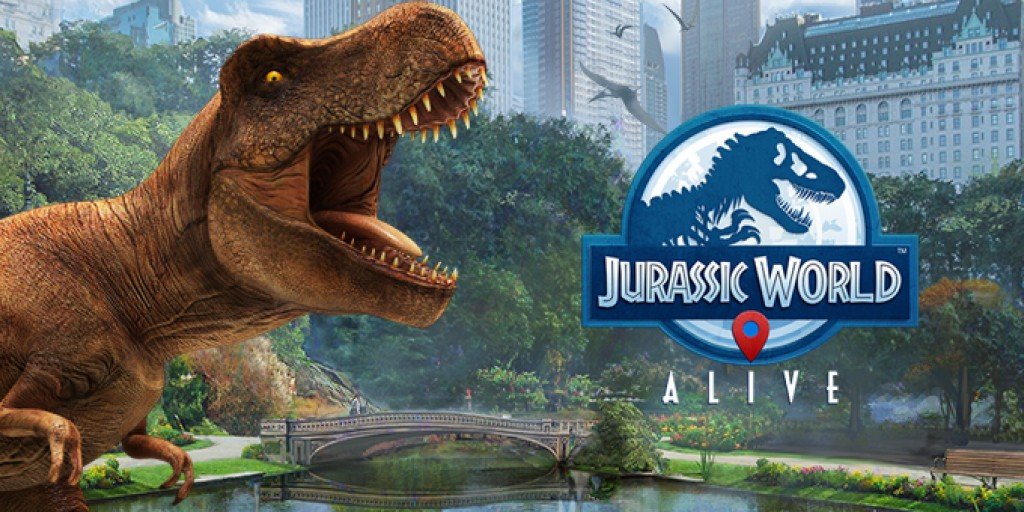 A new mobile game with Pokémon Go-esque AR and location based technology, inspired by the upcoming movie Jurassic World: Fallen Kingdom, has just released for iOS & Android. The game plucks the dinosaurs from the movie franchise and sets them free to roam the world of the mobile player, asking him/her to save the creatures from a 2nd extinction.

Jurassic World: Alive was created by Universal in coordination with Ludia, Inc., a Montreal-based mobile publisher known for titles such as Jurassic World: The Game (the prequel to JWA), Teenage Mutant Ninja Turtles: Legends, Family Feud 2 & Friends, and The Price is Right.

The game can be found on the Apple and Google Play stores, as a free downloadable.

During the period of June 6th through July 31st, players who visit any Wal-Mart store and/or AMC Theatre will receive a supply drop with in-game rewards. (This applies to U.S. and Canada only).

Microsoft Introduces Tunic, an Adventure Game About a Little Fox with a Big Sword

Nintendo Partners with Cygames as Part of...