Top Posts
Everything You’ll Need to Know About the Pokémon...
Our Interview with Journey Bound Games About Their...
Nintendo Has Announced an Animal Crossing Direct for...
Save up to 75% off of PC Titles...
Langrisser I & II Demo Lands on the...
Funko & The Pokémon Company Team Up for...
A Free Demo of Pokémon Mystery Dungeon: Rescue...
Enjoy Big Savings During the “Remasters & Retro”...
Sign-Up Now to Participate in the Super Smash...
Make Plans Now to Attend the Final Fantasy...
Limited Run Games Announces a Physical Release of...
“Marvel’s Spider-Man Script Book” Swings Into Bookstores This...
Our Interview with Garrick Campsey About His Unique...
Square Enix Announces a Kingdom Hearts All-in-1 Package...
Apply Now for Full-Time Openings & Summer Internships...
Get Ready to “Wall Jump” with Family &...
Niantic Announces a Fun Filled February For Pokémon...
First Person, Sci-Fi Puzzler, The Turing Test, Launches...
Mobile Title, Dragon Quest of the Stars, Releases...
Our Interview with Jared Barr from Thetau Games...
Upcoming Toy, Game, & Comic Book Conventions You...
Nintendo Announces an Animal Crossing: New Horizons Switch...
Humorous, Action RPG Kofi Quest: Alpha MOD Ventures...
Nintendo Details Subscription Options & Features for Their...
Mega Man Blasts into Action in the Latest...
Tornadus Spins into Tier 5 Raids February 4th
Reclaim Your Youth & Free the Land of...
Try Out the Free Demo of Yooka-Laylee &...
Capcom Announces What’s Next for Monster Hunter World:...
The Pokémon Center Offers a Sweet New Line-Up...
Satisfy Your Hunger For Nostalgia with a BurgerTime...
Interview with Emma Ramsay & Andy Yong, the...
Our Interview with Carlo Orlandi, Co-Developer of the...
An Interview with Developer Dimitri Adoniou About His...
Dragon Quest Builders 2 Comes to Steam &...
The North Wilkesboro Speedway is Coming to iRacing
A “How To” for Defeating Team GO Rocket...
Our Interview with Chris Otey, Lead Designer for...
A Fast & Charge TM Guide for the...
Minecraft Earth Hits Mobile Devices Later This Year,...
Super Mario Maker 2 is Coming to the...
Konami Announces a Castlevania Anniversary Collection for PC...
Mark Backler from Sketchbook Games Talks About His...
Home 2018 The Latest Trailer for LEGO DC Super-Villains Introduces a New Menace, Darkseid
2018FeaturesGame 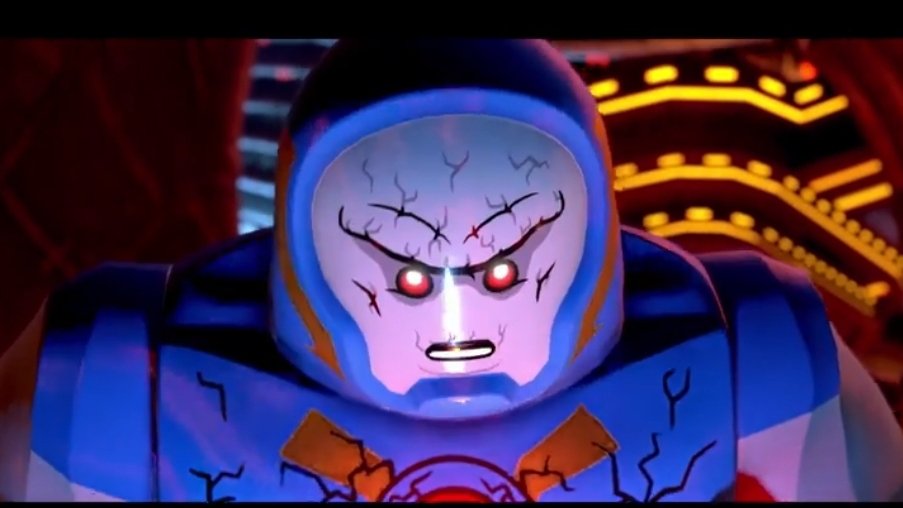 If you love the Lego games like we do, then you’re probably looking forward to the launch of LEGO DC Super-Villains, which will give fans of the series their first chance ever to play as a bad guy.

As part of the countdown to the game’s release in two months and to celebrate the Gamescom event in Cologne, Germany this week, developer TT Games has published a new trailer which takes a look at the menace, Darkseid, who has plans to take over the planet.

To help with his quest, he’s on the search for the Anti-Life Equation, which he thinks is about to be found by a group of fake, hero stand-ins called the Justice Syndicate, who appear to have evil plans of their own.

Of course, saving Gotham (and the planet) may seem like nice guy goals, but you and your new friends are only fighting against these nemeses in order to be the ones that actually rule the roost.

Connect to the fun, mischief, and humor filled new trailer on the WB Games YouTube channel.

LEGO DC Super-Villains will release for Xbox One, PlayStation 4, PC, and Nintendo Switch on October 16th. Pre-orders are available at Best Buy, GameStop, Wal-Mart, and Amazon. You can also wishlist the game on Steam.

UPDATE: IGN.com has released a brief look at gameplay. Check it out on their Twitter account, here.

Tyler Model 005 is a Puzzling Platformer Starring a Small Robot in a Very Big World, Available Now for PC & Xbox One