Top Posts
Azelf Enters Tier 5 Raids November 24th
Warm Up with a Cool Sweater from Merchoid
Terrakion, Cobalion, and Virizion Return to Tier 5...
Slice of Life, Visual Novel, I’m Oh So...
10 Kickstarter Campaigns Worth a Look
Craft, Build, and Explore with Relaxing, Open World...
Dive into the Holiday Season with New Merchandise...
13 Frighteningly Fun Indie Titles to Play at...
Hidden Object, Puzzle Adventure, Darkarta: A Broken Heart’s...
Try a Free Demo of Murder Mystery, Visual...
Play-Asia Announces 3 Spookily Spectacular PS Vita Titles...
8 Magically Magnificent Upcoming Titles for PC &...
What You Need to Know About Mega Evolutions...
Take Part in the Free Comic Book Day...
Professor Layton & the Unwound Future Travels to...
Publisher, Limited Run Games Announces What’s Next for...
Natsume Gives Fans a Small Sneak Peek at...
“Worms Rumble” Announced for PC, PS4, & PS5
The Next Update & Events Coming to Monster...
Overcooked! 2 DLC, Sun’s Out, Buns Out, Releases...
Sony Reveals 9 Titles to Kick Off Their...
A List of Physical, Collector Editions for Titles...
Set Sail on an Incredible, Zelda-esque Adventure When...
First 4 Figures Opens Pre-Orders for The Legend...
Our 10 Favorite Games from the 3-Day Guerrilla...
Crash Bandicoot 4: It’s About Time Announced for...
Our Interview with Tag of Joy About Point...
Our Interview with Cyrille Bonard About His Lively,...
Our Interview with Noema Games About Point &...
Our Favorite Games from the Sony PlayStation 5...
Our Interview with Marina Sciberras from Cowleyfornia Studios...
Our Interview with William Kruger from Silvernode Studios...
Exciting Livestreams to Watch in Lieu of This...
Our Interview with Jacob Sporrong About His Visual...
Tune in for a Season of Live News...
Pathea Games Announces Puzzle Adventurer, Ever Forward, for...
Reshiram, Zekrom, & Kyurem Come to Tier 5...
Suit up for Action with This Line of...
E3 Exclusive Funko POP! Figures Will Release May...
EMMA: Lost in Memories Journeys to Consoles
25 Indie Games We Can’t Wait to Play
Destroy All Humans! Announced for Physical Release on...
Spike Chunsoft Announces the Danganronpa Trilogy for Mobile...
Celebrate the Return of Final Fantasy VII with...
Our Top 10 Ways to Use an Elite...
Cat Quest “Pawsome Pack” Coming July 31st for...
Begin Your “Journey” on Steam, June 11th
Several Exciting Demos You Can Download for Free...
Rhythm, Action Adventure, Giraffe & Annika Travels to...
“Geek Out” Your Christmas Tree with These Cool...
Our Interview with Ayu Sakata, Writer & Production...
First 4 Figures Announces an Official Facebook Page...
Sport, Showcase, & Embrace the Latest Merchandise from...
Story of Seasons: Friends of Mineral Town is...
Our Interview with Andy Mitchell About His Upcoming...
Harvest Moon: Mad Dash Comes to Mobile Devices
Our Interview with Kristi Ramot & Dagmar Blommaert...
La-Mulana I & II Venture to Consoles
Melee Brawler, Drill Man Rumble, Comes to Steam...
Monster Hunter: World The Official Complete Works Releases...
Infuse Studio’s Breathtaking Exploration Game, Spirit of the...
Our Interview with Missing Game Studio About Their...
Explore Ruins & Hunt for Artifacts When Adam’s...
Our Interview with Lantern Studio’s Art Director, Beidi...
Luigi’s Mansion 3 Multiplayer Pack Part 1 Has...
NIS America Announces 3 Big Additions to Their...
Our Interview with Baseline Games About Developing the...
Indie Publisher, Ratalaika Games Announces What’s Next in...
Play Asia Opens Physical Pre-Orders for Twin Breaker:...
Multiplayer Races to Mario Kart Tour March 8th
A Free Demo of Final Fantasy VII Remake...
Adorable 3D Platformer, Lumote, Releases on Steam
Funko POP! Announces 9 New Additions to Their...
Action RPG, Sparklite, from NC Developers, Red Blue...
Wunderling, a Mario-esque Platformer with a Twist, Releases...
Our Interview with Avery Howell from Malheur Games...
Our Interview with Journey Bound Games About Their...
Langrisser I & II Demo Lands on the...
A Free Demo of Pokémon Mystery Dungeon: Rescue...
“Marvel’s Spider-Man Script Book” Swings Into Bookstores This...
Our Interview with Garrick Campsey About His Unique...
Square Enix Announces a Kingdom Hearts All-in-1 Package...
Apply Now for Full-Time Openings & Summer Internships...
Get Ready to “Wall Jump” with Family &...
First Person, Sci-Fi Puzzler, The Turing Test, Launches...
A “How To” For Defeating Landorus
Mobile Title, Dragon Quest of the Stars, Releases...
Our Interview with Jared Barr from Thetau Games...
Upcoming Toy, Game, & Comic Book Conventions You...
Nintendo Announces an Animal Crossing: New Horizons Switch...
Humorous, Action RPG Kofi Quest: Alpha MOD Ventures...
Mega Man Blasts into Action in the Latest...
Try Out the Free Demo of Yooka-Laylee &...
Capcom Announces What’s Next for Monster Hunter World:...
Satisfy Your Hunger For Nostalgia with a BurgerTime...
Interview with Emma Ramsay & Andy Yong, the...
Our Interview with Carlo Orlandi, Co-Developer of the...
An Interview with Developer Dimitri Adoniou About His...
The North Wilkesboro Speedway is Coming to iRacing
A “How To” for Defeating Team GO Rocket...
Our Interview with Chris Otey, Lead Designer for...
A Fast & Charge TM Guide for the...
Minecraft Earth Hits Mobile Devices Later This Year,...
Super Mario Maker 2 is Coming to the...
Konami Announces a Castlevania Anniversary Collection for PC...
Mark Backler from Sketchbook Games Talks About His...
Home Features Boundless is a MMO with Limitless Possibilities (Final Version Now Out on Steam)
FeaturesSquare Enix Collective 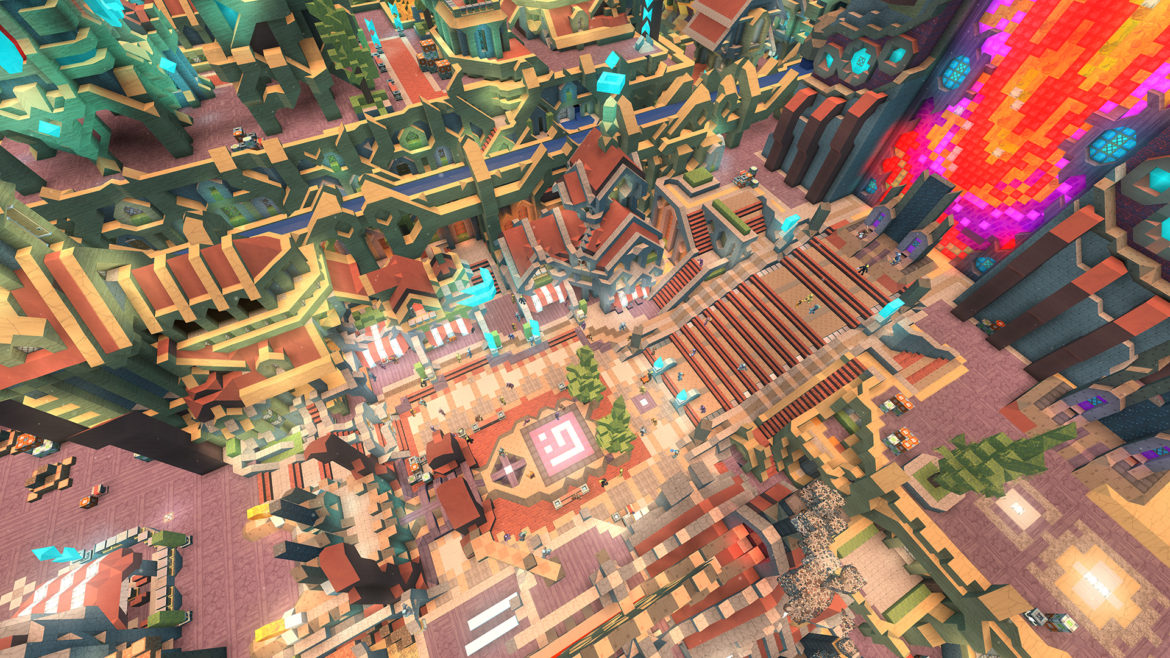 Boundless is a sandbox Massive Multiplayer Online (MMO) devoid of Non-Playable Characters (NPC’s) and pre-built structures, that’s only limited by users’ imaginations. The game, which looks like No Man’s Sky meets Minecraft, allows players to decide their fate based on how hard they desire to work, their ability to negotiate & make friends, a strategic use of resources, and how creative they want to be.

Hunt, explore, build, trade, craft, fight, and survive. Travel seamlessly from one world to another. Play on your own or with others. Build your life and define who you are within a universe of procedurally generated worlds, each which differ greatly in look, feel, environment, resources, and creatures.

This extraordinary Wonderstruck Games creation, which has been in Early Access on Steam for about 4 years, is receiving a final PC publishing thanks to the Square Enix Collective. It will also see a release on the PlayStation 4, financed by the game’s developer.

Both will be out later this year. No matter which version you choose to buy, you’ll be able to play with others on both platforms.

You can read more about the game on the official Boundless website.

Check out some of the basic gameplay mechanics on the Jiivita YouTube channel.

Here are a few in-game screenshots to enjoy courtesy of the developer’s website. 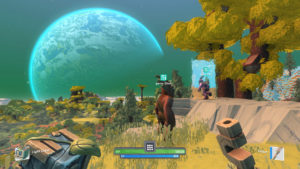 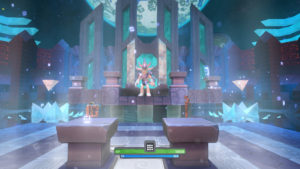 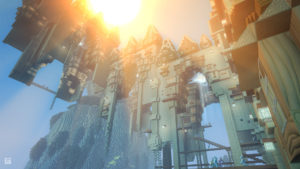 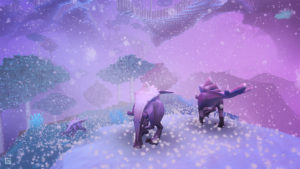 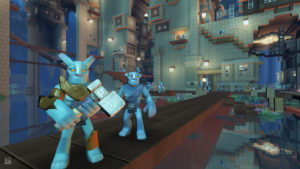 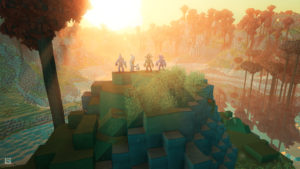 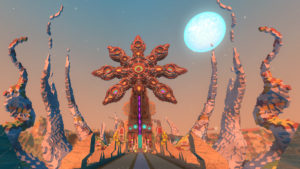 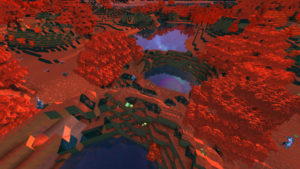 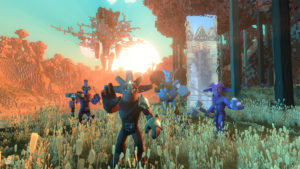 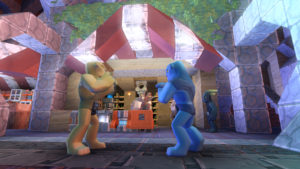 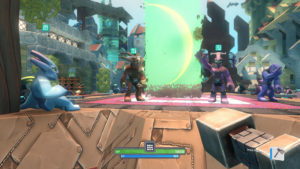 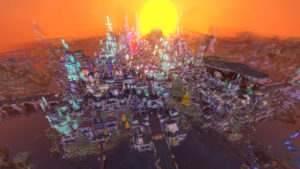