Top Posts
Square Enix Teases a Kingdom Hearts Mobile Game...
Help Decide the Featured Monster for February’s Pokémon...
Learn the Basics of Voice Acting for Video...
Try Out the Free Demo of Yooka-Laylee &...
Capcom Announces What’s Next for Monster Hunter World:...
Register Now to Participate in the Upcoming Pokémon...
Enjoy Savings on Unique Titles, Toys, Accessories, &...
Hori Announces an Animal Crossing: New Horizons Accessory...
Latios & Latias Return to Tier 5 Raids...
Save Big During the PlayStation 4 “Games Under...
The Pokémon Center Offers a Sweet New Line-Up...
Satisfy Your Hunger For Nostalgia with a BurgerTime...
Interview with Emma Ramsay & Andy Yong, the...
Sign-Up to Participate in the Super Smash Bros...
Here’s a Quick Look at What Was Revealed...
Our Interview with Carlo Orlandi, Co-Developer of the...
Heatran Returns to Tier 5 Raids with a...
Upcoming Toy, Game, & Comic Book Conventions You...
An Interview with Developer Dimitri Adoniou About His...
Dragon Quest Builders 2 Comes to Steam &...
The North Wilkesboro Speedway is Coming to iRacing
A “How To” for Defeating Team GO Rocket...
Our Interview with Chris Otey, Lead Designer for...
New Super Lucky’s Tale Will Leap Onto the...
A Fast & Charge TM Guide for the...
Minecraft Earth Hits Mobile Devices Later This Year,...
Super Mario Maker 2 is Coming to the...
Konami Announces a Castlevania Anniversary Collection for PC...
Mark Backler from Sketchbook Games Talks About His...
Home Game Microsoft Announces Free to Play Racing Title, KartRider: Drift for Xbox One & PC
Game 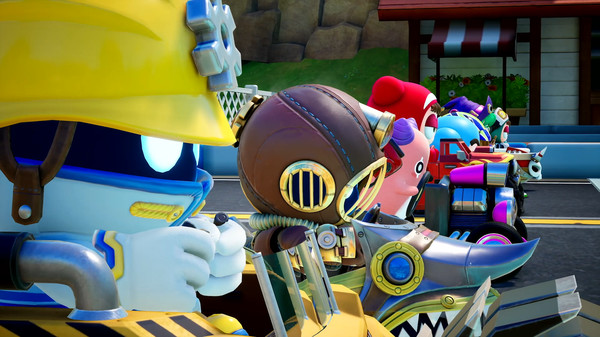 According to the latest news from Microsoft, the PC hit, Kart Rider, will be making a triumphant return to the U.S. next year, as a newly re-envisioned title called KartRider: Drift. This time, however, the Mario Kart style racer won’t just be available for PC gamers, as it will also be releasing for the Xbox One.

KartRider: Drift will zoom onto the Xbox One & PC in 2020 as a free to play, cross-platform title.

Don’t want to wait until next year to give it a try? Head over to playkartrider.com to sign-up for a closed beta happening December 5th – 8th.