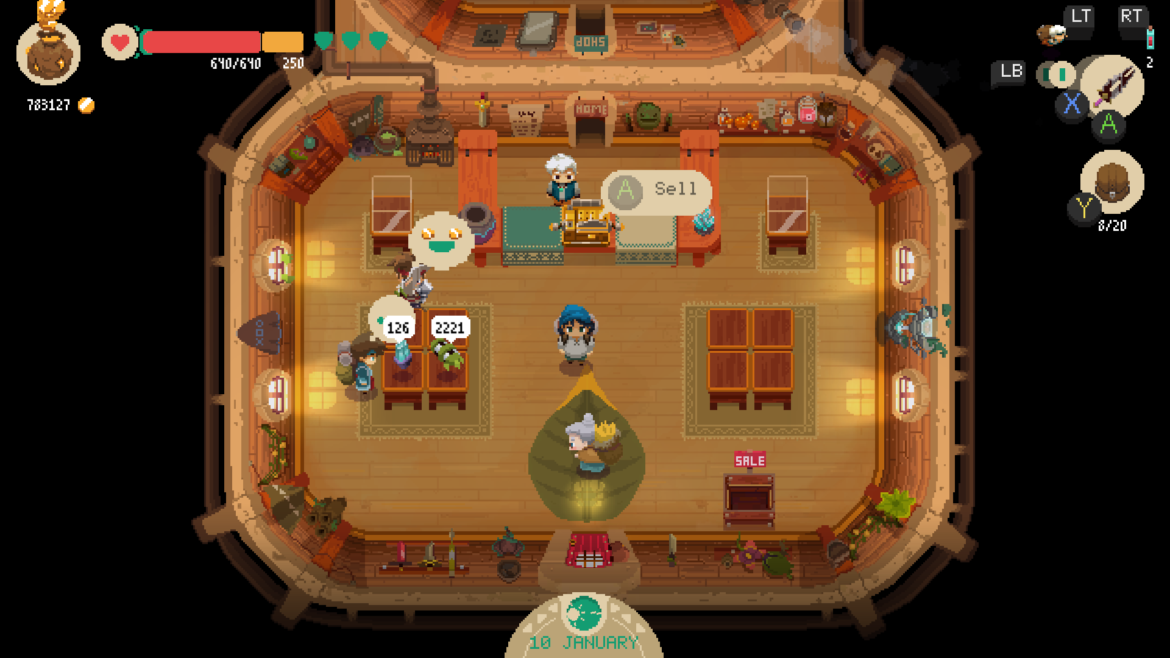 Released for PC, PS4, and XB1 back in May, Moonlighter, the delightful title from Digital Sun Games, which mixes pixelated RPG action with shopkeeper simulation, will finally be making its way to the Nintendo Switch just in time for the holidays.

In the game, players take on the role of Will, a responsible shopkeeper who wishes for something more. One day his dreams of heroic adventuring come true when an archaeological discovery, near his small village of Rynoka, makes it possible for people to travel to new realms and dimensions.

Moonlighter will be released digitally, November 5th, with the help of publisher, 11 Bit Studios. It can be pre-ordered now on the Nintendo Switch eShop.

A physical Switch & PS4 release will happen in the U.S. on November 9th. Pre-orders are available at Play Asia, Amazon, GameStop, Wal-Mart (PS4 only), and Best Buy.

You can read even more about Moonlighter on the game’s official website. See a trailer for the game on the 11 Bit Studios YT channel.

Moonlighter is currently available for $19.99 on Steam, GOG.com, HumbleBundle.com as well as the PlayStation & Microsoft stores.

How to Start Preparing Now for Generation 4 in Pokémon Go

Bust Ghosts Like a Pro with the Pokémon Go-Esque Mobile Title, Ghostbusters World

Take Your Family on a Virtual Getaway...

Pokémon Crystal is Coming to the 3DS...

Submissions for Speedrunners are Now Being Accepted...