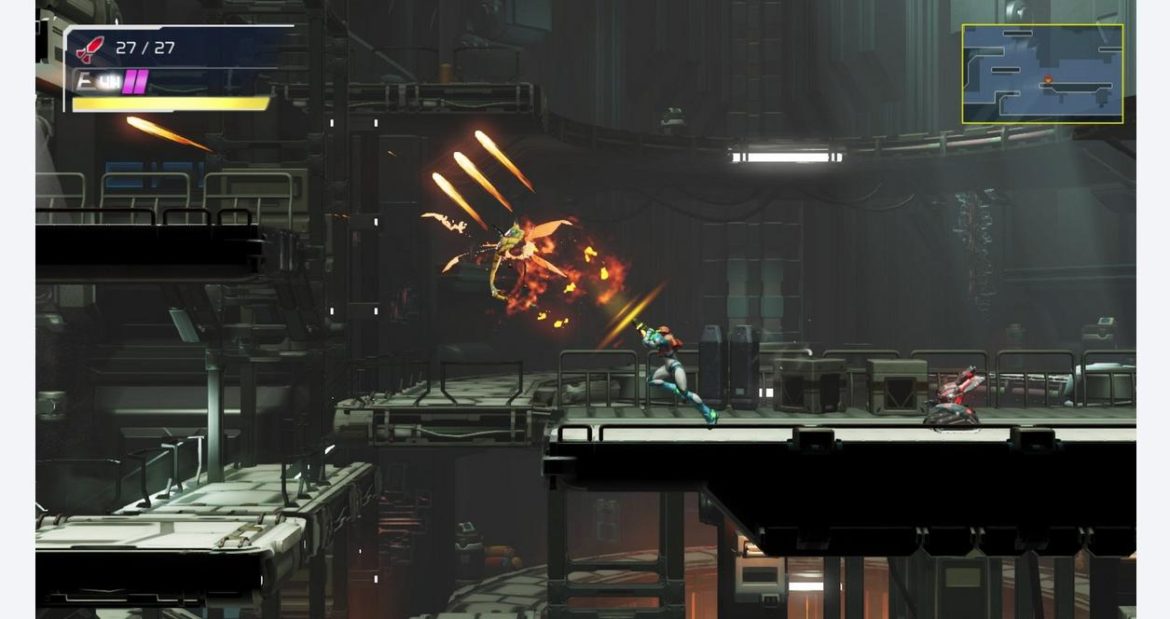 Although the leaks, rumors, hype, interviews, analysis, and announcements are part of the overall E3 experience, the constant barrage of game trailers is definitely our favorite part. And, even though there were many this year that undoubtedly grabbed our attention, here are the 10 that captured our eye (& emotions) the most.

Game Trailer
Although we’ve never played a Battlefield title before (& aren’t so great when it comes to that type of game in general), even we were ready to jump into the crazy, cool, modern-day warfare environment presented in EA DICE’s incredible E3 reveal trailer.

Game Trailer
When the new, 2D, Metroid: Dread trailer side scrolled onto the screen, during the E3 Nintendo Direct, we had a sudden “foolish rush” of emotion as we each proclaimed, “You are everything I never knew I always wanted.”

Game Trailer (starts at 13:13)
Although we were already well aware of SkateBIRD (Glass Bottom Games) prior to this year’s E3, we were reminded just how much we’re looking forward to playing this too cute for words, birb filled title when it was (surprisingly) showcased as an upcoming physical release during LRG3.

Game Trailer
The Outer Worlds 2 trailer that was part of the Xbox/Bethesda presentation, proves that when you have nothing to show, it’s okay to admit it in an entertaining way and then end with the exciting news that a follow-up to your 1st highly lauded title is in the works.

Game Trailer
The newest trailer for Gran Turis… sorry, Forza Horizon 5 blew us away with the realistic graphics, exciting scenery, weather effects, and gorgeous cars, the likes we’ve not seen since…. well, Forza Horizon 4.  (If you’re a racing fan, this is definitely a great justification for owning an Xbox Series X/S console).

Game Trailer
Whether you’re planning to play Ubisoft’s next title in the Far Cry series or not, the exciting, psychotic, complex, villainous dictator, played by Giancarlo Esposito, is (arguably) one of the most promising antagonists for a game we’ve seen in quite a while.

Game Trailer
Fans of LOTR, Elder Scrolls, Dark Souls, Witcher, and Game of Thrones should be able to get lost for endless hours in this fantastical new wonderland being developed by FromSoftware, published by Bandai Namco, & written by George RR Martin & Hidetaka Miyazaki.

Game Trailer
The trailer for this upcoming psychological, mystery FMV is giving us some great David Lynch/Twin Peaks vibes. Pair that with the talents of game designer, Sam Barlow, and writers Allan Scott, Amelia Gray, & Barry Gifford, and call us intrigued.

Game Trailer
A gun toting Mario, a bored Rabbid Rosalina, and a whole galaxy to save, this brief but hilarious cinematic trailer has the fun factor in spades! It also gives us a “spark of hope” that the upcoming sequel will be as good as the original.

Breath of the Wild 2

Game Trailer
This 1 1/2 minute trailer was just enough to send a tingle down our spine and make our arm hairs stand on end as we not only anticipate the massive hours of great gameplay that lies ahead, but the hope that we might be enjoying this sequel by the end of next year. To paraphrase the infamous words of Reggie Fils-Aime, “Our bodies are ready.”

Now, that you’ve seen our list, let us know in the comment section below which trailers grabbed your attention the most at this year’s E3!