Top Posts
Our Interview with William Kruger from Silvernode Studios...
Exciting Livestreams to Watch in Lieu of This...
Play Asia Offers a Plethora of Cool Merchandise...
Tune in for a Season of Live News...
Pathea Games Announces Puzzle Adventurer, Ever Forward, for...
Reshiram, Zekrom, & Kyurem Come to Tier 5...
Suit up for Action with This Line of...
E3 Exclusive Funko POP! Figures Will Release May...
Save Big on PC Titles During the Epic...
Sign-Up Now for the Closed Beta of Arcade...
EMMA: Lost in Memories Journeys to Consoles
Enjoy Livestream Events & Free Demos of Upcoming...
25 Indie Games We Can’t Wait to Play
Destroy All Humans! Announced for Physical Release on...
6 Kickstarter Campaigns Worth a Look (Comic Books/Graphic...
Spike Chunsoft Announces the Danganronpa Trilogy for Mobile...
Celebrate the Return of Final Fantasy VII with...
Our Top 10 Ways to Use an Elite...
Cat Quest “Pawsome Pack” Coming July 31st for...
Begin Your “Journey” on Steam, June 11th
Several Exciting Demos You Can Download for Free...
Rhythm, Action Adventure, Giraffe & Annika Travels to...
“Geek Out” Your Christmas Tree with These Cool...
Our Interview with Ayu Sakata, Writer & Production...
First 4 Figures Announces an Official Facebook Page...
Sport, Showcase, & Embrace the Latest Merchandise from...
Story of Seasons: Friends of Mineral Town is...
Enjoy a Plethora of Research Tasks and Rewards...
Our Interview with Andy Mitchell About His Upcoming...
Harvest Moon: Mad Dash Comes to Mobile Devices
Our Interview with Kristi Ramot & Dagmar Blommaert...
La-Mulana I & II Venture to Consoles
Events & Changes Coming to Pokémon GO in...
Melee Brawler, Drill Man Rumble, Comes to Steam...
Monster Hunter: World The Official Complete Works Releases...
Infuse Studio’s Breathtaking Exploration Game, Spirit of the...
Our Interview with Missing Game Studio About Their...
Explore Ruins & Hunt for Artifacts When Adam’s...
Our Interview with Lantern Studio’s Art Director, Beidi...
Luigi’s Mansion 3 Multiplayer Pack Part 1 Has...
NIS America Announces 3 Big Additions to Their...
Our Interview with Baseline Games About Developing the...
Indie Publisher, Ratalaika Games Announces What’s Next in...
Play Asia Opens Physical Pre-Orders for Twin Breaker:...
Multiplayer Races to Mario Kart Tour March 8th
A Free Demo of Final Fantasy VII Remake...
Adorable 3D Platformer, Lumote, Releases on Steam
Funko POP! Announces 9 New Additions to Their...
Action RPG, Sparklite, from NC Developers, Red Blue...
Wunderling, a Mario-esque Platformer with a Twist, Releases...
Our Interview with Avery Howell from Malheur Games...
Our Interview with Journey Bound Games About Their...
Langrisser I & II Demo Lands on the...
Funko & The Pokémon Company Team Up for...
A Free Demo of Pokémon Mystery Dungeon: Rescue...
“Marvel’s Spider-Man Script Book” Swings Into Bookstores This...
Our Interview with Garrick Campsey About His Unique...
Square Enix Announces a Kingdom Hearts All-in-1 Package...
Apply Now for Full-Time Openings & Summer Internships...
Get Ready to “Wall Jump” with Family &...
First Person, Sci-Fi Puzzler, The Turing Test, Launches...
A “How To” For Defeating Landorus
Mobile Title, Dragon Quest of the Stars, Releases...
Our Interview with Jared Barr from Thetau Games...
Upcoming Toy, Game, & Comic Book Conventions You...
Nintendo Announces an Animal Crossing: New Horizons Switch...
Humorous, Action RPG Kofi Quest: Alpha MOD Ventures...
Nintendo Details Subscription Options & Features for Their...
Mega Man Blasts into Action in the Latest...
Reclaim Your Youth & Free the Land of...
Try Out the Free Demo of Yooka-Laylee &...
Capcom Announces What’s Next for Monster Hunter World:...
The Pokémon Center Offers a Sweet New Line-Up...
Satisfy Your Hunger For Nostalgia with a BurgerTime...
Interview with Emma Ramsay & Andy Yong, the...
Our Interview with Carlo Orlandi, Co-Developer of the...
An Interview with Developer Dimitri Adoniou About His...
Dragon Quest Builders 2 Comes to Steam &...
The North Wilkesboro Speedway is Coming to iRacing
A “How To” for Defeating Team GO Rocket...
Our Interview with Chris Otey, Lead Designer for...
A Fast & Charge TM Guide for the...
Minecraft Earth Hits Mobile Devices Later This Year,...
Super Mario Maker 2 is Coming to the...
Konami Announces a Castlevania Anniversary Collection for PC...
Mark Backler from Sketchbook Games Talks About His...
Participate in the Open Beta of Multiplayer Action...
Home Features Why I Still Play Pokémon Go (A Look at the Game’s Evolution)
FeaturesPokémon Go 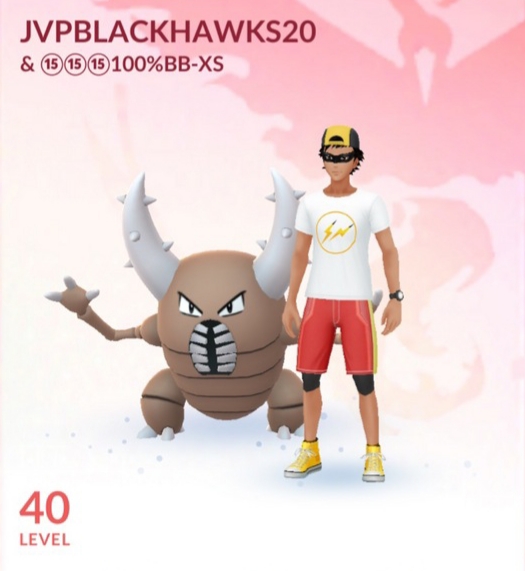 When asked by people why I still play Pokémon Go, my response is always the same. “This isn’t the game you played in 2016.”

The simplicity of the old days that merely consisted of spinning, catching, evolving, and a very non-competitive gym system are long gone.

The Pokémon Go of today is a complex, interesting, and unique experience that’s as rewarding (if not more so) than adding a new monster to the Pokédex.

So, how much has the game really evolved over the last 2 years? Let’s take a look. Specifically, at the big additions and changes that have taken place since Pokémon Go was launched.

August 2016: The Appraisal System
The Appraisal System was the 1st official update to the game. With this addition, Trainers could finally see a full range of stats for each monster they owned/caught/hatched, rather than relying on CP alone. This was also an eye opening moment which revealed that a high CP doesn’t necessarily mean a Pokémon is strong or worth keeping/powering up.

September 2016: The Buddy System
The Buddy System allowed Trainers to begin earning needed candy for a specific Pokémon by walking with him/her for a predetermined distance of 1, 3, or 5 kilometers.

Late 2016: Generation 2 (Babies)
Babies such as Pichu & Togepi were added to the game, giving players a sneak peek at Generation 2.

Early 2017: Generation 2 (Full Release)
All of Generation 2 was released and, with it, came the phenomenal attacker, Tyranitar, and the awesome defender, Blissey.

August 2017: More Shiny Pokémon
The shiny love continued with a sparkly version of the Pikachu family becoming available. By Halloween, several ghosts had shiny variants as well. Since then, the stream of shiny releases hasn’t stopped.

June 2017: Gym Update
With this update, the days of 10 Blisseys holding a gym for a team were no more. Suddenly, things became much more competitive as only 6 monsters (instead of 10) could hold a gym and each had to be a different type.

July 2017: Gym Raids
If you enjoy the thrill of taking down a raid boss and having an opportunity to then add him/her to your PGo collection, this is where it all began. This update also added a new social aspect to the game, requiring Trainers to work together to defeat certain, high level bosses.

August 2017: TM’s & Berries
The introduction of Fast & Charge TM’s meant that Trainers no longer had to rely on chance to get a good moveset for their Pokémon. The addition of Pinap and Razz Berries gave players the choice of either doubling their candy intake on a capture or sweetening the deal for monsters that seemed reluctant about being caught.

Halloween 2017: Generation 3
Halloween 2017 was celebrated with the introduction of Generation 3. This time, however, the new line-up was added a few monsters at a time, rather than all at once.

December 2017: Weather Effects
Last year, Pokémon Go players rang in the holiday season with a new feature that reflected the real-world weather, virtually, within the game. This change wasn’t just a visual one though, as it also allowed for higher than normal spawn rates of Pokémon correlated with a weather type and resulted in those monsters being “boosted” in strength/size.

January 2018: Community Day
Community Day is a 3-hour period of time where players can socialize, take advantage of temporary bonuses (i.e. 3-hour lures), evolve a Pokémon with a special move, and search for a shiny variant of the monster designated to be the star of the event.

Going beyond its original intentions, this special once a month occurrence has become a real gathering of local Trainers who, not only play, but celebrate the occasion with food and prizes or, in some cases, use it as a way to raise money for/bring awareness to a cause.

March 2018: Research
The addition of Research quests, changed mundane, everyday tasks into chances to obtain rewards which range from potions to mythical creatures like Mew & Celebi.

July 2018: Friends, Trading & Gifting
This update gave Trainers the ability to befriend, gift, and trade with each other. Now, when a player is unable to obtain a certain type of Pokémon on their own, they can negotiate a deal with a friend to trade for it. Trading is also a really good way to give high CP / average stat Pokémon a chance to become something great (& possibly lucky).

As players work daily to improve their friendship levels, this is also reflected in the amount of Stardust required to conduct a trade and gives both Trainers advantages when they work together at gym raids.

October 2018: Generation IV
The first group of Pokémon from the Sinnoh region were added to the game on October 16th. As with the previous generation, the rest of the line-up will be trickled in over the next several weeks.

Even though I thoroughly enjoy many parts of the Pokémon Go game, none are more thrilling to me than the social aspect. With the addition of Community Day, friendship levels, and teaming up at gym raids, this part of Pokémon Go is better and stronger than ever.

If you’re wondering whether or not to give this mobile game a try or are possibly contemplating a momentous return after many, many months, I encourage you to go for it! Although I can’t guarantee you’ll like the game as much as I do, I can promise you’ll be amongst friends.