A Few More Details Have Been Uncovered About Detective Pikachu 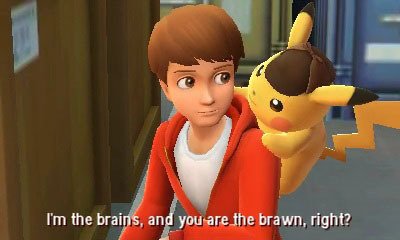 The Detective Pikachu game, which mixes investigative mystery solving with the world of Pokémon, will be releasing on the 3DS on March 23rd. Today, Nintendo of America tweeted a blog post from the official Pokémon site which reveals a few more details about this highly anticipated game.

Previously disclosed is that the main story will focus on a boy named Tim and his rough around the edges partner, Pikachu, who will work together to solve crimes and search for Tim’s missing father. Pikachu is not only a Pokémon, but one that speaks both the language of his kind and that of a human. He’s Tim’s connection to and translator for a world filled with Machamps, Aipoms, and many more who love to disobey the law and stir up trouble.

Besides Tim and Pikachu, will be a couple of important side characters whose names we now know; Mike Baker & Brad McMaster. Mike is a man who used to work with Tim’s father, Harry. Brad is a police lieutenant.

Also divulged is that Pikachu will use a “Bolt of Brilliance” catchphrase each time players discover (through Pikachu and Tim) important new evidence.

For those who are new to this type of game, an Easy Mode will be available. Playing this way will allow for constant prompts via Pikachu which will eliminate confusion about where to go or what to do next.

Nintendo is releasing a humongous new Pikachu amiibo at the same time as the game. 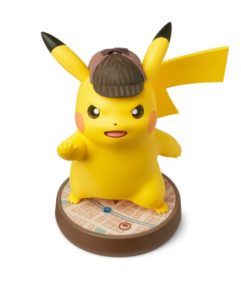 Originally, it was announced that this statue would unlock content much faster than if the game is played without it. Now, we realize how. It will allow players to see important hint filled video clips called “Pikachu Prompts” even if they were not found/obtained by the player when he/she proceeded through a particular chapter of the game.

This is an exciting new release for the 3DS, a handheld which continues to do well for Nintendo, despite being in the latter part of its life. It’s also a nice addition to the genre of casual gaming, which is always quite thrilling to see.

As always, we’ll keep you informed if anymore is made known about the game between now and its release.