Top Posts
Everything You’ll Need to Know About the Pokémon...
Our Interview with Journey Bound Games About Their...
Nintendo Has Announced an Animal Crossing Direct for...
Save up to 75% off of PC Titles...
Langrisser I & II Demo Lands on the...
Funko & The Pokémon Company Team Up for...
A Free Demo of Pokémon Mystery Dungeon: Rescue...
Enjoy Big Savings During the “Remasters & Retro”...
Sign-Up Now to Participate in the Super Smash...
Make Plans Now to Attend the Final Fantasy...
Limited Run Games Announces a Physical Release of...
“Marvel’s Spider-Man Script Book” Swings Into Bookstores This...
Our Interview with Garrick Campsey About His Unique...
Square Enix Announces a Kingdom Hearts All-in-1 Package...
Apply Now for Full-Time Openings & Summer Internships...
Get Ready to “Wall Jump” with Family &...
Niantic Announces a Fun Filled February For Pokémon...
First Person, Sci-Fi Puzzler, The Turing Test, Launches...
Mobile Title, Dragon Quest of the Stars, Releases...
Our Interview with Jared Barr from Thetau Games...
Upcoming Toy, Game, & Comic Book Conventions You...
Nintendo Announces an Animal Crossing: New Horizons Switch...
Humorous, Action RPG Kofi Quest: Alpha MOD Ventures...
Nintendo Details Subscription Options & Features for Their...
Mega Man Blasts into Action in the Latest...
Tornadus Spins into Tier 5 Raids February 4th
Reclaim Your Youth & Free the Land of...
Try Out the Free Demo of Yooka-Laylee &...
Capcom Announces What’s Next for Monster Hunter World:...
The Pokémon Center Offers a Sweet New Line-Up...
Satisfy Your Hunger For Nostalgia with a BurgerTime...
Interview with Emma Ramsay & Andy Yong, the...
Our Interview with Carlo Orlandi, Co-Developer of the...
An Interview with Developer Dimitri Adoniou About His...
Dragon Quest Builders 2 Comes to Steam &...
The North Wilkesboro Speedway is Coming to iRacing
A “How To” for Defeating Team GO Rocket...
Our Interview with Chris Otey, Lead Designer for...
A Fast & Charge TM Guide for the...
Minecraft Earth Hits Mobile Devices Later This Year,...
Super Mario Maker 2 is Coming to the...
Konami Announces a Castlevania Anniversary Collection for PC...
Mark Backler from Sketchbook Games Talks About His...
Home How To's A “How To” for the Lickitung Raid Event This Weekend
How To'sPokémon Go

A “How To” for the Lickitung Raid Event This Weekend 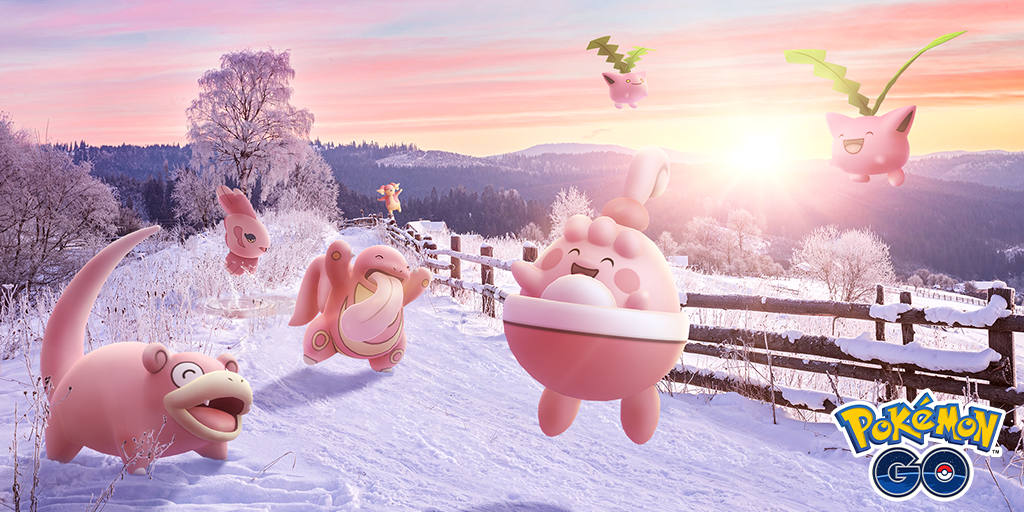 It’s a non-stop, event filled month for Pokémon GO players and the fun is just getting started as we go into the Valentine’s Day celebration weekend, allowing for extra in-game bonuses, new monsters, and the ability to raid, hatch, and catch anything pink!

As a part of this celebration, the ever familiar, Lickitung will be available in raids during a 3-hour event on Saturday (2/15) equipped with the special move, Body Slam, & revealing, to a few, lucky players, a bright & shiny version of himself.

For those of you planning to take part in this special event, here’s what you’ll need to know about this normal type monster.

Good luck on your shiny hunt!

We’ll see you out there!

NOTE:
If you’re planning to raid in Wilkes County, NC, on Saturday, connect here to access a list of gyms for this area. (This list doesn’t show every single gym, but does show most of the ones you can reasonably get to in a 3-hour time period).