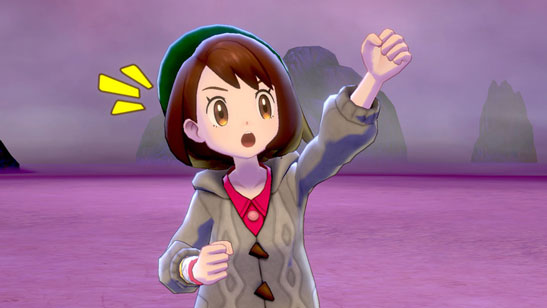 After a very informative livestream in the days leading up to E3, Nintendo & Game Freak revealed a few more tidbits of information about their upcoming Pokémon Sword & Shield games during the E3 Treehouse presentation last week.

When wanting to find other players to help out with a Max Raid Battle, Trainers will be able to send out a request via the Y-Comm. These requests will be seen by others in the form of a stamp on the left side of their screen.

Stamps can also be used to request trades and Link Battles.

Encounters
There will be 2 types of encounters in the wild; random and non-random.
Random encounters will be indicated by an exclamation point. The monster in this type of encounter will not be seen until the Trainer enters into battle.

Non-random encounters will take place when a Trainer sees a particular Pokémon in the wild and purposefully walks (or sneaks) up to it.

If you enter into battle with a monster that seems overwhelming, the good news is you’ll have the option to run away. If you decide to stay and fight, but you’re not happy with the monster you went into battle with, you can change to something else at anytime.

Poké Ball Plus
Identical to the Pokémon Let’s GO games, players will be able to transfer their Sword & Shield monsters to the Poké Ball Plus to take him/her out for the day and earn in-game rewards.

The one thing to keep in mind with the PBP is that it will not be usable as a controller for the S&S games like it is with the Let’s GO titles. 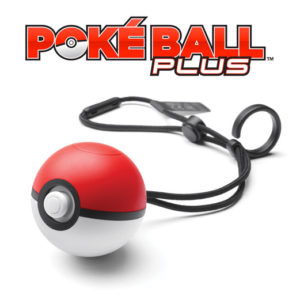 New Character
After revealing the character, Milo, two weeks ago, Nintendo showcased the next in the line-up of gym leaders; Nessa. Nessa is the best of the best when it comes to battling with Water types and will be a formidable foe on your journey to becoming champion.

Yamper
Although not showcased during the livestream event, a new Pokémon had social media all aflutter after being revealed by those who attended E3 and tried out the S&S demo. 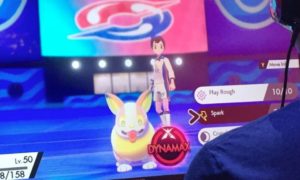 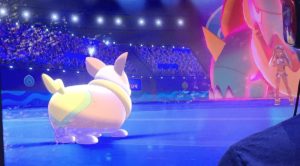 This little cutie is called Yamper. As you can see in pictures provided by @DokkanArt’s twitter account, Yamper is a Corgi like Pokémon with a heart shaped design on his backside. He’s an Electric type that can learn the moves Play Rough, Spark, Crunch, and Wild Charge. He will also have the new ability called Ball Fetch, which will cause Yamper to retrieve a Pokéball when a Trainer misses catching a monster on the 1st try.

Pokémon Home
Lastly, it was disclosed that the new Pokémon Home service will only allow monsters found in the Galar region to be transferred from a compatible Pokémon game (i.e. Pokémon GO, Let’s GO) to the Sword and Shield titles. This is a bit different than the previous Pokémon Bank service which allowed any monster from anywhere to be transferred. (You can read more about why this decision was made in an article from Nintendo Everything).

Pokémon Sword and Pokémon Shield will release for the Nintendo Switch on November 15th. Pre-orders are available now at most retail stores for the individual games as well as a 2pk that contains both titles. 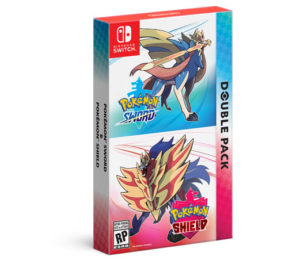 You can see a recording of the E3 Day 1 Treehouse presentation on the Nintendo YouTube channel. (Sword & Shield starts around 1:20).

Read everything that was disclosed at the pre-E3 Nintendo Direct, right here.

Team 17 Releases a Horde of Content in Their Newest DLC to Overcooked! 2