Although the brightly colorful characters and energetic music give the Nintendo sports title a sense of familiarity, the gameplay quickly reveals this dexterously demanding game is much more than meets the eye.

Basics
The game lulls you into a nice, relaxed state at the very beginning, allowing you to gain a bit of confidence as you learn to serve and return a serve with Dry Bones. Once that’s out of the way, players are hit with a cold splash of reality as they find themselves in the middle of their first match.

Afterward, as you’re licking your wounds trying to figure out how your emaciated opponent got so many hits by you, it’s reassuring to discover the “How to Play” area, which is a must visit for anyone who’s new.

Here, players can find a huge amount of useful information from the basics of tennis, to gauging your energy, to “how to” tips. There’s also an intense practice session which goes through all of the advanced moves, one at a time.

One of the many moves you’ll learn is the defensive block, which is essential for protecting your racket. After all, if you break your racket 2 times in a match, you forfeit the game. The practice area is also a terrific place to repeatedly run through each attack move, such as the hard to pull off, but rewarding when you do, trick shot.

Energy
Energy is a new feature to the game, which is a required component for certain types of moves. You can keep up with how much or little energy you have through a conveniently located gauge, which shows up when energy is gained or lost. 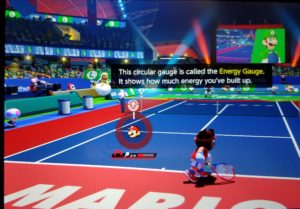 You can increase your energy by participating in rallies (matches), using charge shots and blocks, getting the crowd on your side, or pulling off a trick shot. You lose energy when you break your racket or pull off a special shot, which is the ultimate move in the game.

Characters
Choosing the right character to use, based on your preference of playstyle and personal abilities, is also an important part of success on the court. Each character falls into one of 6 categories and has their own strengths and weaknesses.

When you’re new to the game, it’s a good idea to start off with an “all-around” such as Mario. As the name suggests, he’s equally strong offensively and defensively. 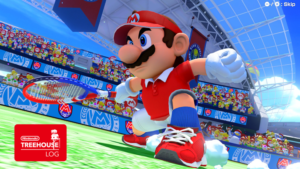 Two others who also fall into this category (but weren’t a part of the demo) are Daisy and Luigi. 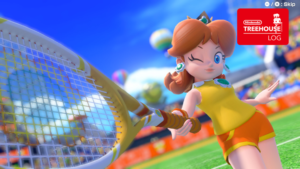 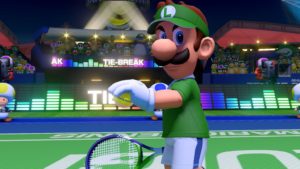 Speedy personalities such as Toad and Yoshi are also helpful to beginners as they’re extraordinarily quick on their feet. 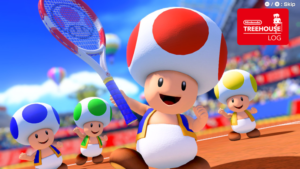 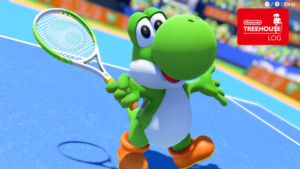 Play Modes
There are (at least) 6 different modes of play in the game, including simple, standard, free play, swing, tournament, and adventure.

Standard mode includes a straight up 2 game/1 set match that utilizes the energy feature and allows for a full line-up of advanced moves.

Simple mode excludes the energy factor and encourages players to put their raw talent to the test.

Free play mode provides a wide array of courts (for 1-4 players) to practice on, each of which, vary in degree of difficulty and can be customized with or without hazards.

Swing mode gives (1-4 ) players the option of using their joy-con like a tennis racket.

Tournament mode is for those who want to compete.

Adventure mode involves a small storyline, where players will take on missions and bosses.

Of the six, only the standard and tournament modes were available in the demo. I’ll very much look forward to trying the others out in the full game.

Tournaments
When you’re ready to take part in a match, you can pit yourself against the computer or a real-life person in an on-line tournament.

The set-up of the on-line play is quite simple and easy to follow. Progress through 4 rounds and compete in a final battle. 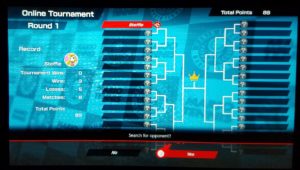 Each time you win, you earn a victory bonus (on top of any points you’ve acquired in the game). The further you advance, the higher the bonus rises.

When you lose a match you don’t necessarily go home empty handed, as you get to keep any points you’ve earned during the game.

For those who are avid competitors and want to know how well they’re doing compared to others, there will be an on-line ranking board. This was not up and running during the demo, but will be in the full game.

Highlights
One of my favorite details of MTA is taunting. Not only does it bring a moment of comic relief to an intense situation, but also allows for your next hit to be more powerful than it normally would be.

Out of the attack moves, I like the zone shot the most. This maneuver allows a player to suspend their character in the air and hone in on their target before taking a shot. This is one of the only times in the game when you can actually take a moment to think, before reacting. 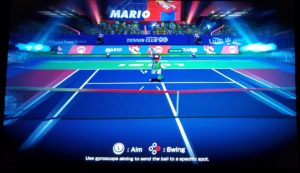 Frustrations
Although the on-line play is quite fun, it was a source of irritation at times, whenever I, my competitor, or both were kicked out of a match, just as it was about to begin. That said, this is an expected part of a free demo and something I trust will be worked out when the full game is released.

The other frustration I had with the game was the pairing up of opponents in the on-line tournament. As enjoyable as it was when I competed against someone at my level, it was quite discouraging when my opponent was way out of my league.

I don’t know if Nintendo has plans to pair their players up by rank, but that would certainly be a welcome feature if they did.

Final Say:
Mario Tennis Aces is a lively, relentlessly tough good time, that’s not for the faint of heart or those who easily frustrate. However, if you’re thrilled by competitive gameplay, love sinking your teeth into a new challenge, and are looking for a daring new take on a Nintendo sports title, this might be the game for you.

Monster Hunter: World is Coming to PC on August 9th