Our Interview with Marina Sciberras from Cowleyfornia Studios About Upcoming Narrative Adventure, Sarawak 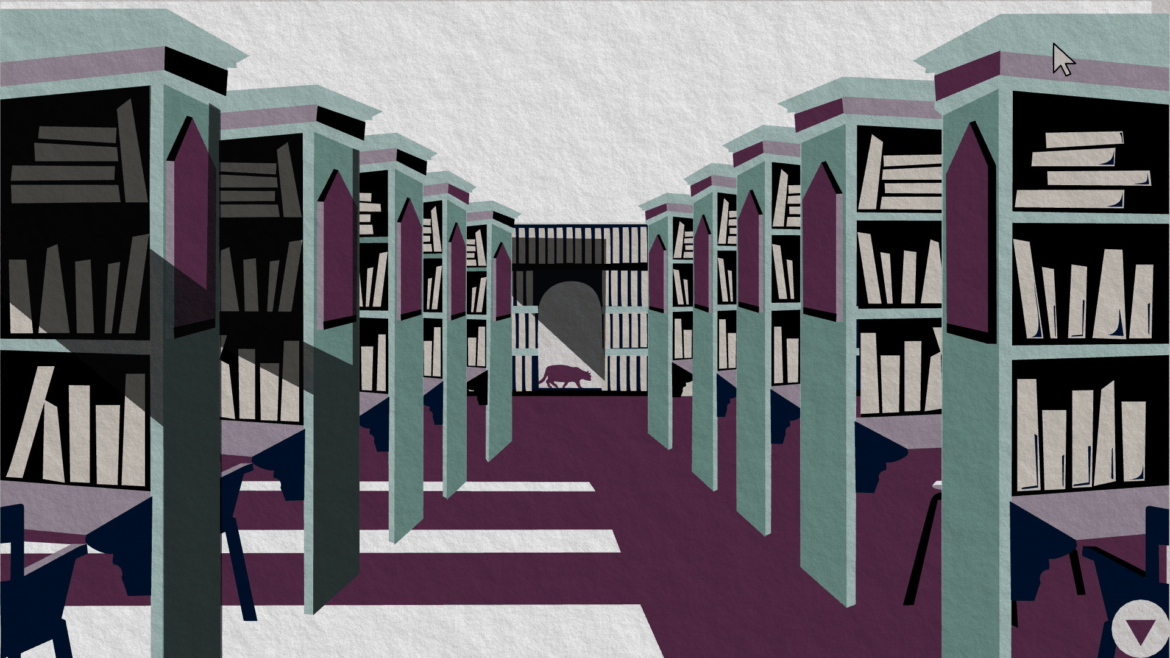 If you’re a fan of mystery novels and point and click games, then you’ll definitely want to know about Sarawak, an upcoming title from Cowleyfornia Studios, which beautifully blends both genres as it takes players on a most interesting journey through the streets of Oxford and the jungles of Borneo.

We recently spoke to Marina Sciberras who, with her husband, is co-developing this unique title. We talked puzzle solving, inspirations, and how the two have gone about mixing a literary adventure with a mystery game.

See what Marina had to say about this and much more, in our interview below.

Tell us about yourself/your husband and why you decided to make the leap into game development.
We’re Duncan and Marina, a couple living in the UK. Sarawak is our first game together.

Duncan is a software developer. I’m a writer. We both enjoy creating things, reading, and adventure games. So, we thought, why not give {game development} a try?

Tell us about your upcoming title, Sarawak.

Sarawak is a literary mystery game set in Oxford and Sarawak.

It is probably best described as a narrative adventure. Gameplay is split between interactive text choices and image-based puzzles.

Sarawak will appeal to players who enjoyed the likes of 80 Days, A Case of Distrust, LucasArts adventure games or Agatha Christie novels.

The game is set in Oxford and Borneo. Why did you choose to use real life locales as opposed to fictional? Why these 2 locations?

We’re very inspired by these two particular places. We live in Oxford and had our honeymoon in Borneo. So, they both have personal meaning.

Setting is very important in Sarawak, almost like a character in the story itself. Part of the fun {in-game} is exploring the locations and solving puzzles related to the story and place.

I really enjoy the works of authors like Ian Rankin, Cara Black and Colin Dexter who set their mysteries around real cities, and wanted to explore that style in a game setting.

The artwork in the game is quite unique with the use of rich colors, the stark contrast between light and dark, and the eclectic mix of styles. What inspired this look?

It took a long time to home in on the particular style. The idea is to have a restricted color palette for every chapter which reflects the tone of the particular events.

I’m inspired by the works of Saul Bass, Olly Moss and Malika Favre in particular.

Sarawak is described as a “narrative adventure” with a storyline that “blurs the boundaries between narrative games and conventional literature.” Can you tell us a bit about your writing process and how you approached blending elements of a game with those of a novel?

At every stage, as a developer, you have the choice to either convey the story via text, an image, or interactively.

Have you ever found yourself reading a novel where the character is conflicted and you end up shouting at the characters because you feel invested in what they are going through?

Maybe you disagree with their course of action?

We wanted to give the player that sense of agency at appropriate points in the game, but also that relaxing escapism you get when you get lost in a book.

How important will dialogue choices be in the game? How much will they affect the final outcome?

In Sarawak the protagonist Mia’s mother is implicated in the death of a mysterious professor, and she investigates the events, so in that sense the outcome is fixed.

Your choices affect how you investigate the death, what parts of the back story you are most interested in, and ultimately what you do with that information.

We’re looking to use interactivity to tell a specific story in Sarawak, rather than present the player with a sandbox to tell their own story in the way an RPG would.

Besides dialogue choices, players will be able to enjoy puzzle solving throughout the game. Can you tell us a bit about the types of puzzles we’ll be solving? How many will be available?

In the earlier chapters, there are two or three self contained puzzles in a chapter, but in later chapters we have tried to make the chapter itself one large puzzle.

You’re not only a development team, but a married couple. Do you have any hard and fast rules you live by to try and keep the personal relationship separate from the professional?
Sarawak is first and foremost a fun passion project for us.

I draw the artwork and write the script. Duncan handles the programming, and designs most of the puzzles.

It’s our first game together so we’re still ironing out the best way to work and use each other’s skills. We tend to come up with ideas together, often when we’re walking our dog in the forest!

After 3 years of hard work, you released an announcement trailer for your game in April. What was that moment like when you finally showcased your work for the world to see?
Terrifying, mostly! But we’ve been very excited with the response and feedback so far. So, in a way it’s very motivating.

Speaking of game trailers, the one for your game is really well done. What are some of the things a developer should keep in mind when creating/editing a trailer for his/her game?
Thank you! I’m not sure I have any general advice. In our case, there’s a lot of trailer-ready animation and art in the game itself, so we were able to wrestle that into trailer form, and we didn’t need to start from scratch.

Sarawak is planned for a PC release early 2021, with a mobile and Switch launch sometime afterward. Any plans for a release on Xbox or PS4? Any chance of a physical release down the road?

We’ve only tested Sarawak with mouse and touchscreen. The Switch’s touchscreen makes it an easy port. We haven’t tried out gamepad inputs yet. But, if that is viable for Sarawak, then we’d certainly want to start on PlayStation & Xbox after the mobile platforms.

The same is true for any physical release. It would be great if possible, but it would have to follow any PlayStation & Xbox ports, so that would be some time away.

Sarawak will be a part of the upcoming Steam Game Festival (June 16th-22nd). What are your plans for this special event?
Players will be able to get a sneak peek of the game and try out a free demo. We’ll also be holding an AMA on Friday, June 19th, 4pm EST.

What’s next for Cowleyfornia studios?
We’re really enjoying {what we’re doing}, so as long as that’s the case, we intend to continue.

Lastly, what’s your best piece of advice to other indie developers who are creating their first game?
Make sure you have a good supply of coffee!

Thanks so much to Marina for taking the time to answer our questions. We’ll look forward to Sarawak’s release next year.

Be sure to be on the lookout for this upcoming adventure which is planned to launch in 2021 for PC, with a Switch & mobile release at a later date.

Read more about Sarawak and see a trailer for the game on the developer’s website.

Check out the title’s free demo during the Steam Game Festival.

A Teaser Trailer for the Pokémon Go-Esque...