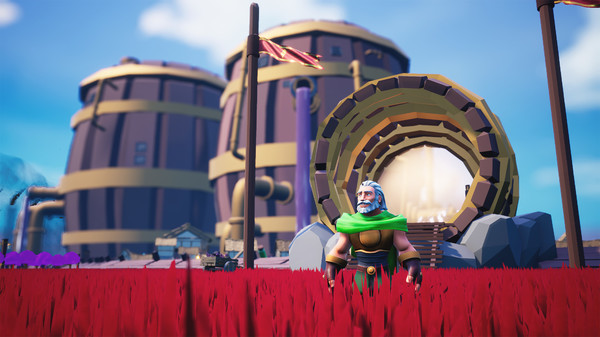 Launched as a temporary exclusive to the PlayStation 4 last year, Inverge Studios is now ready to release their 3D action adventure game, Effie, on PC.

Main Character:
Take on the role of Galand, a man on a quest to reclaim his youth after being prematurely aged by a witch’s curse.

Runestone:
Use your magic shield, Runestone, to travel, defend, and fight.

Environment:
Journey through the unique, red covered region of Oblena, a land which has been cursed by evil.

Gameplay:
Engage in combat, solve puzzles, explore, and platform to rid the cities of a dark and evil presence.

Hearken back to the old days of classic gaming when Effie hits Steam & the Humble Bundle store on January 28th. Purchase it during the 1st week of launch at the reduced price of $16.99. (Regular retail- $19.99).

Effie is also available for the PlayStation 4.

Watch a trailer and read more about this unique action adventure title on the game’s official website.

Our Interview with Andy Christoforou from Parti...