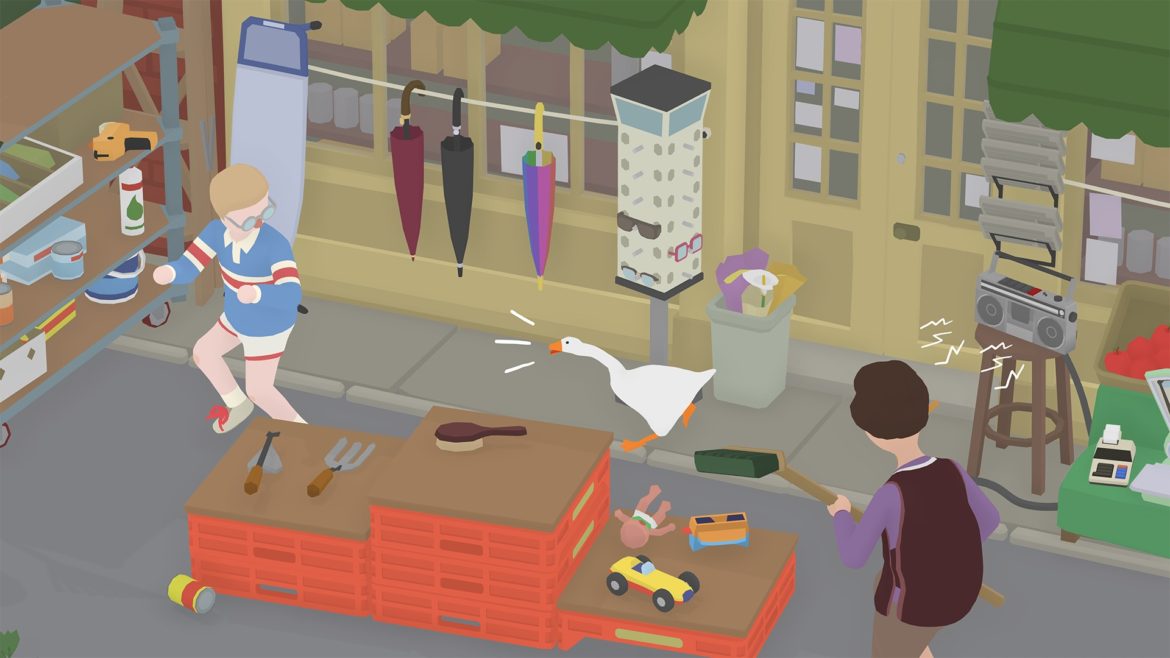 The long awaited Untitled Goose Game from developer, House House, announced in 2017, and released in September for PC & Switch is finally making its way to PlayStation 4 & Xbox One this week!

Take on the role of an obnoxious goose.

Use stealthy movements to wreak as much havoc as possible.

Untitled Goose Game will take flight on the PlayStation 4 & Xbox One on December 17th. (You can purchase the game during its initial launch period for $14.99 and afterward for $19.99).

UGG is also available for $19.99 on the Epic Games store and the Nintendo Switch eshop (originally released on September 20th).

A release on Steam is planned for late 2020. You can wishlist it right now.

See the hilarious & mischievous game in action on the developer’s YouTube channel.

Microsoft Flight Simulator Lands on Xbox One & PC in 2020

The North Wilkesboro Speedway is Coming to iRacing