The indie game industry is bigger and better than ever, providing new, interesting, and inspired takes on long existing genres as well as newly created ones. Of course, there is no game if those working behind the scenes can’t fund it. And, that’s why terrific platforms such as Kickstarter exist.

With that in mind, here’s a list of 12 Kickstarter campaigns looking for financing which, if successful, will help bring the vision of their creators to life!

Developer: Sombrero Cat
Genre(s): Farming Sim, Adventure
What It’s About:
Journey to find and learn from the last known survivor of a line of great farmers to become Farmer Supreme, in this quaint, colorful, 2D top-down, pixelated title inspired by The Legend of Zelda and Harvest Moon.
Platform: Steam
Release Date: November 2021
Cool Campaign Rewards:
– Receive the 2nd (& all future) Sombrero Cat game releases for free ($100+)
– Help create an NPC for the game, including one that looks like you ($250+)
– Help design a dungeon, boss, creature, and 2 NPC’s for the game ($1500+)
Kickstarter Campaign

Developer: CoreFun Studios
Developer Interview
Genre(s): Visual Novel, Sci-Fi, Adventure
What It’s About:
Based on the universe of the tabletop RPG, Solar Echoes, this choice driven, sci-fi visual novel allows players to take on the role of Trey Donovan, a man chosen to represent the human race, who, with a crew of alien allies, attempts to create an Interstellar Union.
Platform(s): Steam (& possibly iOS)
Release Date: 2021
Cool Campaign Rewards:
– Play an on-line game of Solar Echoes GM’d by developer, Andy Mitchell ($150+)
– Get a customized in-game advertisement for your book, game, etc. ($300+)
Kickstarter Campaign 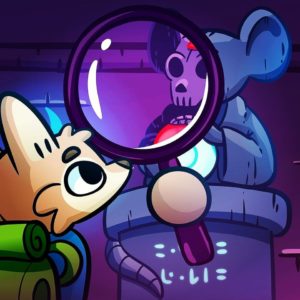 Developer: HitGrab Game Labs
Genre: Action-Platformer
What It’s About:
Use a bow, a blade, and your fists as you take on the role of 3 heirs to Clan O’Conall, journeying through a land filled with Celtic myth & lore, in an attempt to reclaim the Crown of the Stag, restore harmony, and prevent the world from being plunged into war.
Platform: Steam
Release Date: Q1 2021
Cool Campaign Rewards:
– Poster, t-shirt, digital game, digital OST, in-game credit ($38+)
– Signed artwork, Mug, t-shirt, digital OST, & more ($91+)
Kickstarter Campaign