Max Randall Explains the Inspiration Behind the Soothing Soundtrack for Mobile Game, Triangul8 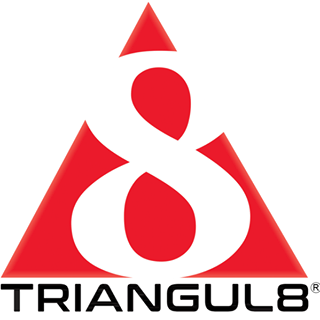 Triangul8 is a challenging game based on a simple concept, perfect for the casual gamer. The title is scheduled to release for mobile devices on December 15th. However, the game’s soothing soundtrack is actually available on YouTube right now.

We had the opportunity to speak to the composer of the game’s soundtrack, Max Randall, who was kind enough to tell us how the Triangul8 music came to fruition.

Here’s what Mr. Randall had to say.

Tell us about yourself and how you got started designing sound/composing music for video games.
I earned my Bachelors of Science in Audio Production from The Art Institute of Seattle while working as a live sound engineer. The audio industry is very broad, but when it came time to finding an internship, I gravitated towards the idea of working in game audio.

I was connected with James Hutt via a classmate in my portfolio classes, and I soon became the sound designer and composer for Triangul8.

What are some of the video games you’ve created sound/composed music for?
Triangul8 is my first game project. Aside from what I’ve learned in school and some previous experience with music playing a couple of instruments, I just jumped right in and started carving out a path for myself. I experimented with different styles of workflow and adjusted my methods as necessary.

What’s the process you go through with a developer when creating a soundtrack for their game?
The first step is to discuss the branding of the game and the visual art style. These conversations help the game developer convey what kinds of sounds they want, even if they don’t speak audio jargon well.

From this point I can develop a rough pallet of sounds and see if the game developer likes what they hear. As music tracks are written and SFX designed, an audio brand will start to take shape.

Triangul8’s gameplay consists of “triangles, triangulating.” How did you conceive of what that would sound like and then create it musically?
I wish I could say that I knew, but really it just took a lot of experimentation. This has also been my first big creative project, outside of projects that I did in school, or at-home experimentation, so I’ve been learning fast and making rapid adjustments to everything I’ve created so far.

To be more specific though, I started with a few powerful synths from Native Instruments. (FM8 was my favorite). Those instruments allowed me to experiment with my sound design skills until we found sounds that seemed like they could represent triangles in empty space.

How long did it take to create the Triangul8 soundtrack?
I was able to get all six tracks into rough existence in about five months. I was way ahead of everyone else in terms of the overall game’s development, so I then proceeded to spend a few more months refining things and making changes.

{Although} I never felt totally satisfied that things were complete, I finally made the decision to submit the tracks and walk away. As I learned in school, a mix is never done, its just due.

Where do you draw your inspiration from when composing?
I think that the inspiration can often be the difficult part. I suppose I generally find it in all of the music that I enjoy listening to on a regular basis. The ability to turn that inspiration into functional creativity is so challenging though. I still have a lot to learn, and I suppose it will likely get easier.

Are you working on any other games right now?
Not at this time. I am currently working as a contracted audio engineer for Microsoft. I do practice and grow my creative skills when I have time.

How can you be contacted if someone wants to hire you to work on sound/compose music for their game?
Just email me at max.randall9@gmail.com

I would be happy to take a look at any project.

Is there anything else you’d like us to know about you or the Triangul8 soundtrack?
I am proud of this soundtrack, but also nervous to release it into the wild. It will always be a snapshot of my earliest struggles to navigate the creative process. Hopefully this music will facilitate the gameplay of Triangul8, and help motivate people to play what is already an amazing game.

I am now ready to move on and continue to develop my style and skills as an artist.

Thanks so much for your time!
No, thank you. I appreciate the opportunity to share.

You can connect to the Triangul8 soundtrack on the game’s official YT channel.

Find out more about Triangul8 in our interview with lead developer, James Hutt.

Check out the latest trailer for Triangul8 on the game’s Facebook page.

Want to give the game a try now? A beta is available for Android users on the Google Play store.

A Triangul8 Board Game is available for $29.99 on the developer’s website.

Square Enix Releases Another Reveal Video for Their Exciting New Action Title, The Quiet Man (Out Now for PC & PS4)