Our Interview with Carlo Orlandi, Co-Developer of the Action Platformer, Killer Chambers 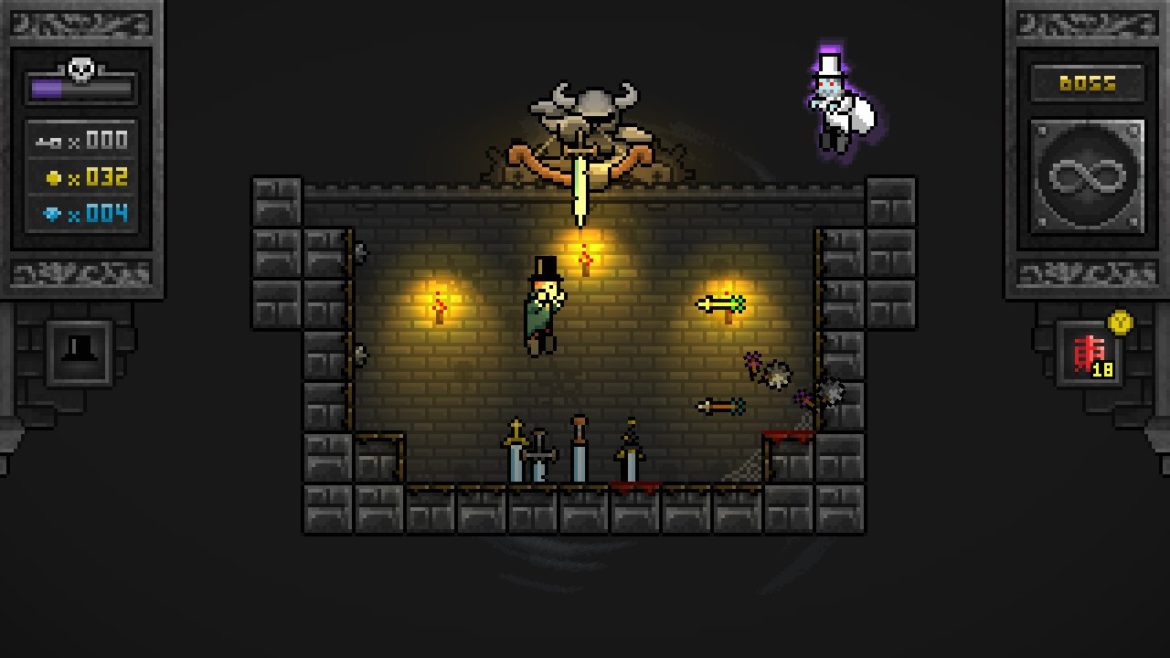 What happens when two successful VFX artists (& brothers) decide to put their creative brains to work and develop a video game? You get Killer Chambers, a bullet-hell action platformer with a puzzle twist and some visual novel elements that’s gotten rave reviews from PC players since its release last year.

So, what exactly does it take to make a challenging action game that guarantees it’ll make you scream (with excitement & rage)? Find out in our interview below with Carlo Orlandi, 1/2 of the 2-man team at Village Bench, the indie company behind this very unique title.

Introduce yourself and tell us how your development company, Village Bench (& working with your brother), came about.
Thank you for having me on Game Cuddle! I’m Carlo, a 32 year old game developer from Italy, who, alongside my big brother Pietro, make up the team behind Village Bench.

Since we were little my brother and I have always loved video games and, on many occasions, we’ve developed smaller projects to play them between ourselves.

Some years ago Pietro took part in an indie jam, using Unity for the first time. In a couple of days he developed McFlappy Insanity, a flappy bird clone, that made us realize we had the potential to make games in Unity.

We then revived our brand Village Bench (previously used for our tech blog) and started thinking about what our first game could be.

Tell us about your title, Killer Chambers and the inspiration behind this extremely challenging action platformer.
Killer Chambers is an unforgiving platformer in pixel art with bullet-hell elements. The player must survive in claustrophobic rooms filled with deadly traps for one turn of the hourglass. The game is a bit sadistic, challenging, but above all, fair.

The sense of accomplishment when clearing a difficult room is very rewarding and funny dialogues in a visual-novel style help relax {the player} between each room.

The idea for Killer Chambers was born one night, while Pietro and I were chatting as usual before going to sleep. We were brainstorming for a game that was small enough for a two person team, but could be expanded if we wanted to.

I started sketching on my notepad and drew a small 3×3 room with a character inside it. The hero could only move between the tiles and had to dodge arrows to survive. I was thinking something like a classic Nintendo Game & Watch. We liked the concept and started working on it immediately.

We ditched the idea of fixed movements and made the hero move freely, like a normal platformer. After only a week, Pietro coded the first room while I helped with the art and animations.

From there we continued adding more and more features, until April 2019, when we released Killer Chambers 100% complete.

Killer Chambers has over 40 rooms available. Will the pattern of traps be the same in each room, each time we play? Or, will it vary?
In the early days of development the patterns were in a random order. But we soon decided to switch to fixed patterns and sequences, because the game was way too hard and unpredictable.

{Although} Killer Chambers is {still} a very hard platformer, each room has been tested and finely tuned to be challenging but fair.  With perseverance, good memory and quick reflexes anyone can clear the game.

You can complete the game by playing only the first level, which rewards you with a key to proceed to the next room.

The medium difficulty rewards you with coins, used to buy items from the shop.

Tell us about some of the different hats a player can earn/wear and the special powers they provide.
We had a lot of fun making the hats!

Among my favorites are the Straw Hat that grants you the ability to teleport like Raiden using the down-up move and the Tengu Mask that gives a back dash like in the Castlevania series.

It appears that you’re looking for new ways to make Killer Chambers more accessible to a wider audience without taking away its intended challenges. Can you tell us what you’re working on to try and get KC into the hands of more players? What updates do players have to look forward?
We are considering different approaches on the topic of accessibility. It has been suggested by our players that we include an assist mode like in Celeste, with options that enable a difficulty tailored to each player.

While these options are still on the drawing board, we recently made new updates to refine some of the trap patterns in the first world, making the learning curve of the game a bit gentler.

The feedback from players and streamers has been very helpful to us. And, since the release of the game, we’ve made a lot of small changes to improve it.

If players have suggestions of what they’d like to see added to the game, how can those ideas be submitted to you?
Players can contact us via e-mail at info@villagebench.com,  on Twitter @villagebench and on our Steam forums. We are always eager for new ideas or suggestions!

Currently, you and your brother develop games part time and work full-time as VFX compositors in the movie industry. Can you tell us what that is & some of the cool projects you’ve worked on?
We are the guys that sit in front of a computer transforming the green screens behind the actors into stunning fantasy worlds or sci-fi space ports. We also add explosions, robots and mesmerizing magic.

Last year, Pietro and I worked on the new Hellboy movie and we are currently working on the Hitman’s Wife’s Bodyguard, with Ryan Reynolds, Salma Hayek and Samuel L. Jackson.

Has being a VFX compositor enabled you in some ways to become even better at developing video games?
Yes, it has! My brother and I have a lot of experience working together on a tight schedule. We know how to manage stress and how to organize our workload. Furthermore, as VFX artists we are in an industry that needs both creativity and technical knowledge, exactly like in the gamedev industry.

For those who are indie developers and, like you and your brother, are trying to do it part time, can you give some advice on how to balance your real-world responsibilities with developing a video game? How do you find the time for both?
Finding the time to develop is very hard. We used every holiday break to develop and on the last stretch we took some months of non-paid vacation to complete the development. 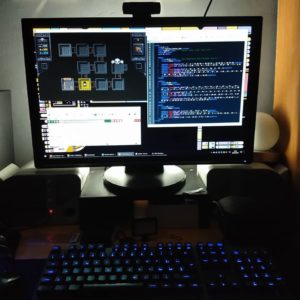 Always start with a project that is smaller than what you think you could manage to develop with your team. That’s because any project will inevitability grow bigger and bigger the further you work on it. So, start very small and add features and levels only if you have enough time.

Also, start very early preparing the marketing of your game. Even better, share what you’re developing, step by step, with the community, in order to build an audience.

What future video game projects does Village Bench have in the works right now?
We are working on a smaller project called Jumpy Jump, which will be releasing on Steam and mobile. It will be a fun game of jump rope in pixel art. 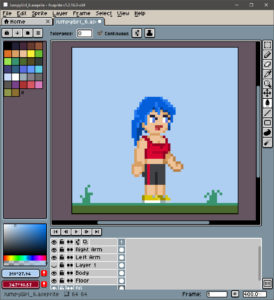 After that, we are preparing for a bigger project comparable to Killer Chambers, which will be a bit more focused on storytelling.

Thanks so much for your time. We wish you the best with Killer Chambers and we’ll look forward to future titles from Village Bench.

Thank you! We can’t wait to see you rage… ahem… play Killer Chambers!