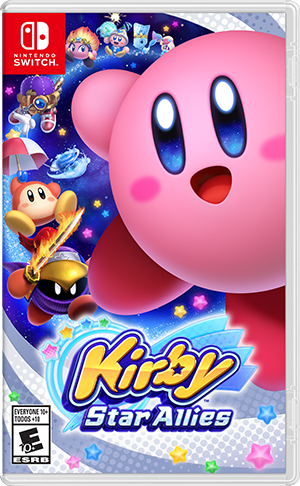 The hype for Kirby Star Allies continues to intensify as we get closer to the game’s March 16th release. Many articles, new trailers, and a recent “Nintendo Minute” video have revealed little tidbits about the game over the last few weeks.

Compiling all of what we’ve seen and heard so far, here’s a quick look at the game’s features, amiibo, and more.

Basic Premise
Dream Land is in danger and it’s up to Kirby and his friends to help.

Worlds
Besides Dream Land, Kirby will have to travel & fight all over Planet Popstar and in the Dark Fortress Jambastion.

Spider – Ensnare enemies in a web

Artist – Unleash Kirby’s creative side on his foes

Cleaning – Sweep enemies with a broom 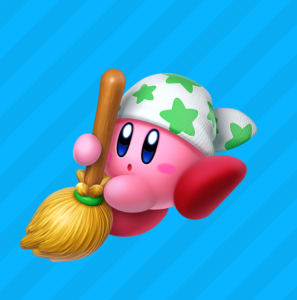 Friend Actions
To perform a friend action, place yourself and your team on one of the platforms in the game.

When you acquire a new friend, you can stop gameplay and check out the controls for that character’s moves.

Collect lost Illustration Pieces throughout the game. These puzzle fragments fill in pieces of art in the Gallery.

Fran will have sword and fire abilities.

Francisca will have freezing abilities.

Amiibo
Meta Knight, Waddle Dee, Kirby, & King Dedede amiibo can be used to obtain additional lost Illustration Pieces as well as other useful items such as those needed for healing.

Certain non-Kirby amiibo can also be used to unlock Illustration Pieces & other useful items.
See a complete list of these on the Nintendo website.

Kirby Star Allies will be releasing on the Nintendo Switch in North America, Europe, and Japan on March 16th. It’s available at most retailers for pre-order now.

Rumor has it that a free demo may be coming to North America as soon as Monday, March 4th. So, be on the lookout for that just in case the rumors are true.

The demo did release today in Europe. If you can’t wait to check it out, you can watch gameplay from the demo on GameXplain’s YouTube channel.

Former Director of Production at Capcom Asks the Company to Let Him Help Bring Monster Hunter: World to the Switch