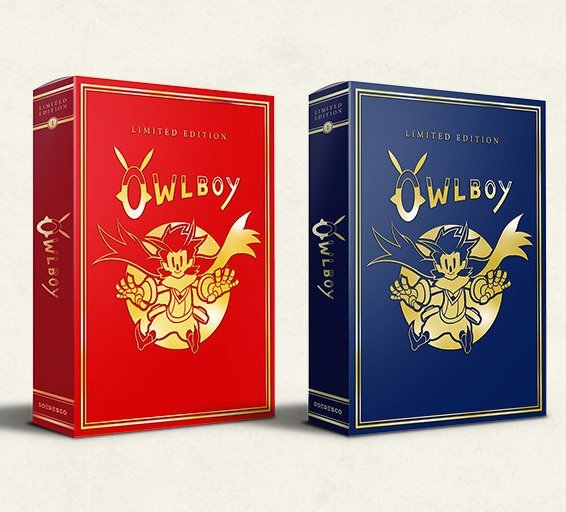 Several days ago SOEDESCO let Owlboy fans know that a collector edition of the game was in the works. Going by the information given at the time, it appeared that the item would only be available in limited quantities at retail on September 28th.

Now, it seems that Play Asia was given a certain amount to offer for pre-order. We aren’t sure how many, but for now, at least, the item is available for $71.99 plus shipping, on their website.

If you’d like to see everything included in the special edition, you can do so in our post from 1 1/2 weeks ago.

To pre-purchase, you can connect to Play Asia, here.

A standard edition of the game for the PS4 & Switch, retailing at $29.99 is now available at most retail stores. Owlboy is also available, digitally for the XB1, PS4, PC, and Switch, for $24.99.

Play Asia has sold out of the Switch version. The PS4 is still available.
GameStop & Amazon had these items for sale for $69.99 very briefly on 5/17. They are currently sold out.
The LE Owlboy release date for Canada/ North America has been pushed from 8/31 to 9/28.